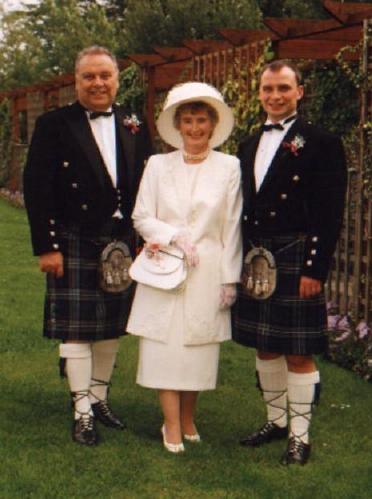 Tom with his wife Maureen and son Gordon. 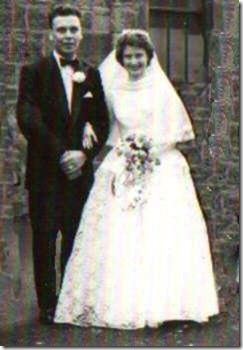 Tom and Maureen on their wedding day in 1962.

Tom Sorbie was born at 13, Argyle Street, Stonehouse, Lanarkshire in 1935 and now lives just up the road in Larkhall. He is pictured here with his wife Maureen and son Gordon resplendent in his kilt. It should be noted that the 'Sorbie' family is not a recognised Clan name but in 2003 we had our own family tartan registered.

Tom and Maureen have 3 children and 8 grand-children. Tom has been interested in local and family history for many years and has often received visits from far-travelled Sorbies researching their ancestors.  He has had a number of articles published in local newspapers on the subject of the Sorbie name and related subjects.

He has produced a series of 'Short Histories of Stonehouse' which give a vivid account of the town he grew up in and the many characters who lived there.

Please click below on each of the 12 histories in turn to view Tom's recollections.

Further photographs and history of Stonehouse can be seen and read in the following:

"Damn few an' they're a deid" by John R.Young

Please e-mail  Tom Sorbie for further details of these books. 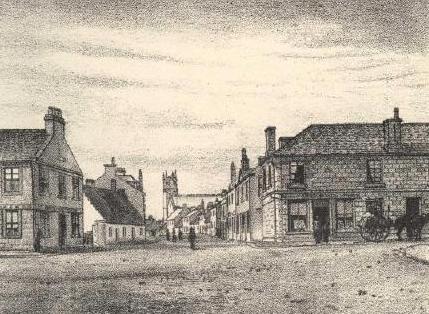 Tom is also a student of Scottish lowland dialect and is a collector of local poetry.

We now feature some enjoyable Scots poems and stories

plus: Tom's Personal Quest on his surname 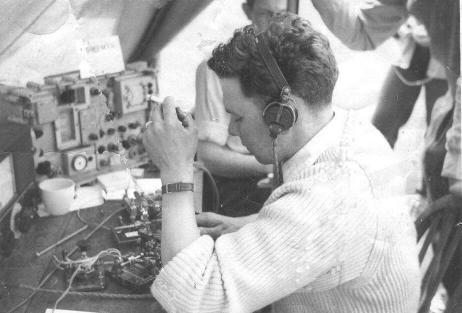 This is me operating Morse during a contest in a tent out in the countryside near Stonehouse. The photograph, taken in June 1963 is to let you see that I was slim, with a good head of hair, and smoked. I gave up the habit shortly after, when my twin daughters arrived in the September of that year. 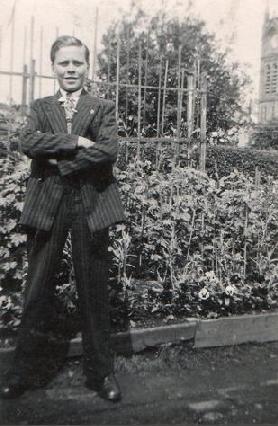