American family members were joined by visitors from Canada and the UK.

The 2009 USA gathering took place at Lyons Den Farm, Burlington, Wisconsin about 80 miles west of Chicago. It was held at the home of Tom and Carol Stauss and followed up a similar event in nearby Kenosha 6 years earlier. It is an area famous of the rolling scenic landscape and thriving dairy industry and the farm was a perfect setting. In many ways the area is very similar to Southern Scotland where most Sorbie families originated.  It was a successful day and great fun was had by all. 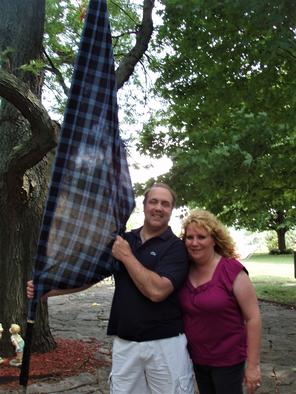 The hosts - Tom and Carol Stauss.

Carol's grandfather Tom Sorbie was born in Stonehouse, Scotland in 1903 and emigrated with his parents Danny and Catherine in 1912. He now has over 70 descendants, mainly living in Midwest USA. Tom is local boy whose ancestors came to Wisconsin from Germany in the late 1800's. Twenty members of Carol's immediate family attended along with visitors from out of state as well as Canada and the U.K. 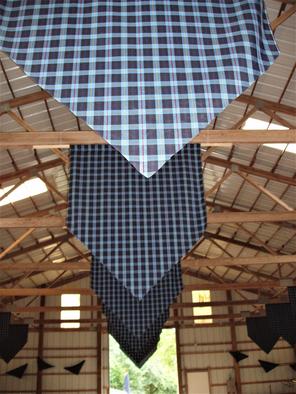 The event was held in the impressive surroundings of the Lyons Den Equestrian Centre and the Stauss's had gone to immense effort to bedeck the building in distinctive blue Sorbie tartan. This was greatly appreciated by the attendees and added to the feeling of pride and togetherness.

Fun activies were provided for the younger Sorbies. 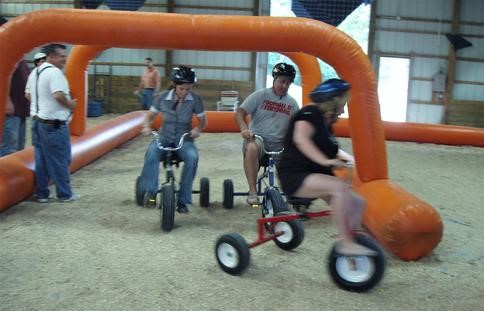 As always we were very well catered for with a superb buffet lunch provided. 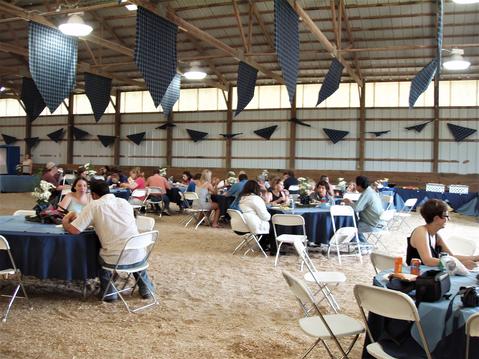 The impressive surroundings of the Equestrian Centre was the venue for the Gathering.

In all 35 Sorbies came from far and wide on what was a beautiful summers day. A number of those attending hadn't been acquainted, so the afternoon was spent swapping stories and comparing notes. Family trees were checked and stories recounted to establish how individuals were connected. Heads were certainly scratched to recount tales and memories from the distant past. 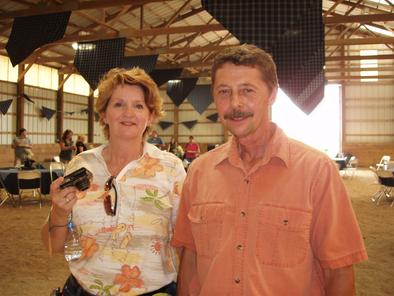 Ron and Yvonne Hopper had travelled north from Springfield, Illinois to be present. Yvonne née Sorbie is the granddaughter of Thomas Sorbie who left Stonehouse around 1910 to work in the coalfields of Wyoming and then Illinois. There the incomers met up with many of their countrymen and the Scots community still exists in the area around Gillespie and O'Fallon. This was a real hotbed of Sorbies and a number of descendants still live in the area. 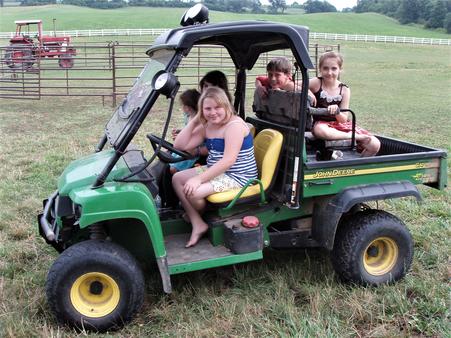 All the children at the gathering had Sorbie ancestry with roots tracing back to Scotland. They soon made friends, after all they are cousins with much in common. Great to see the next generation coming together and building connections for the future. Hopefully as we go forward they will be holding their own family Gatherings. 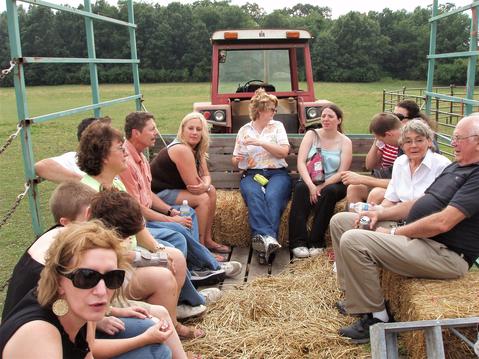 The day ended with a fun hayride along the farm tracks and through the thick cornfields of Lyons Den farm. 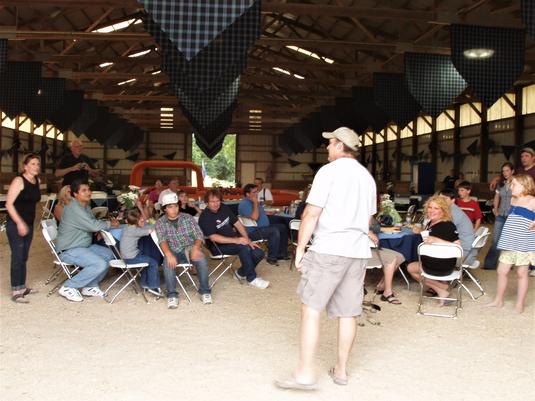 To wrap things up our host Tom Stauss thanked everyone for attending and for travelling far and wide to Wisconsin. It had been a successful event and it was great to meet up with all our Sorbie friends and relations. Hopefully new ties will have been made that will last for the future and that we can meet again in the forthcoming years.