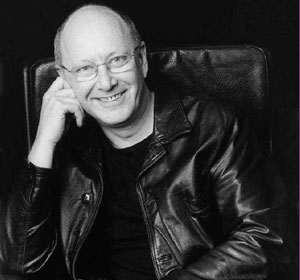 The showman of all hairdressers, Trevor Sorbie is admired by the hairdressing industry worldwide.

Listed in Debretts and the International edition of 'Who’s Who' he has won the coveted 'British Hairdresser of the Year' title an unrivalled four times and in 2001 was named 'World Hairdresser of the Year'. He is also a successful businessman and innovator having launched the 'Trevor Sorbie Professional' haircare product range which sells in huge amounts on both sides of the Atlantic.

Charming and eloquent he is constantly in demand, not just for his haircare skills, but also for celebrity appearances and has a large catalogue of TV credits to his name. He is the only hairdresser to have become so well known that his vocation has been a question on 'Who wants to be a Millionaire' and 'The Weakest Link'. His celebrity clients have included Grace Jones, The Beach Boys and Helen Mirren.

Contemporaries and competitors such as Vidal Sassoon praise Trevor for creating a combination of “original thinking with superb technical ability. He has firmly put British hairdressing on the global map and is an inspiration for many thousands of hairdressers.”

However in a world renowned for its prima donnas and pretentiousness he remains totally unassuming and true to his Scottish roots. Trevor John Sorbie was born in Paisley, Renfrewshire, Scotland on 13th March 1949 and his father, Robert Kerr Sorbie born 1919 and grandfather John Sorbie born 1888 were both barbers in the town.

John was the eldest son of John Sorbie, a shoemaker and his wife Catherine McNulty who were married in Paisley in April 1884. John Snr, born 1857 was the second of 13 children (8 boys and 5 girls). His parents John Sorbie and Isabella Murray lived in Lanark where they were married in the Congregational church on 31st December 1855. In 1861, after their first four children were born, they moved the 40 or so miles west to Paisley where the rest of their offspring came into the world.

Trevor's family made a similar move, but south to England at the age of 11 when they left Scotland to set up home in Ilford, East London. His parents Robert and Edna were familiar with this area after being married in Uxbridge, Middlesex in October 1945. At that time Robert was serving as a Corporal in the Army. When Trevor dropped out of school at the age of 15 he became an apprentice in his father's barber shop and aged only 20, opened his own barbers in Edmonton, North London in 1969. 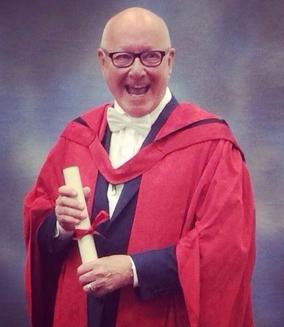 Trevor receives his Honorary Doctorate in 2017.

In 1972 Trevor became a stylist at Vidal Sassoon and the following the year the meteoric rise continued when he became their Artistic Director. By 1979 he had opened the first Trevor Sorbie salon in Covent Garden, London and in 1985 was named 'British Hairdresser of the Year'. The following year he launched his Professional haircare product range to the high street and he has continued to go on from success to success.

He has not lost the common touch however. and he remains refreshingly modest and down-to-earth. Ahead of his time, Trevor Sorbie has won every award in his chosen field. In 2004 his achievements were further recognised when he was awarded an M.B.E. (Member of the British Empire) in the Queen's New Year Honours list. The same year he opened up his second salon in Brighton, Sussex.

In December 2018, Trevor opened up a room in his home to offer a free wig customisation servive through the charity 'mynewhair' that he had founded in 2006. This provided advice and support to anyone who has experienced medical hair loss, including those undergoing chemotherapy. The pioneering charity supports and trains a network of 835 independent salon and 960 trained hair professionals across the UK and Ireland, all providing a wig-customisation service for their clients.

In 2017 Trevor received an Honorary Doctorate from the University of the West of Scotland (UWS) for his incredible charity work. This was awarded at the Paisley campus and he took immense pride in being recognised by his hometown University. The citation on the doctorate recognised Trevor's "outstanding contribution to business, social awareness of suffering and crisis in cancer patients".

Trevor was interviewed on the BBC Programme 'Desert Island Discs' in February 2019 which is quite an accolade in the UK. On the radio show he is extraordinarily candid and honest about his life and career. This was shortly before his 70th birthday. The same year marked 40 years since Trevor opened his own salon and he now has 6 across the UK and 2 internationally in Dubai and China.

Here is the link to the show: https://www.bbc.co.uk/programmes/m0002ybm

Acknowledgment to the following websites for excerpts used: