Tom Sorbie, the son of Thomas Sorbie and Jane Burke was born at 9, Townhead Street in Stonehouse in October 1885 and married Jeanie Watt Brown in June 1917. Jeanie was from Uphall, West Lothian and her older sister Isabella had already married Tom's brother, John in 1914.

They had 5 children and are pictured here circa 1921 with Margaret Dallas Sorbie aged 3, Thomas 2  and Jeanie. The family emigrated to Gillespie, Illinois and Tom died there in July 1952 and Jeanie Snr. in 1983 at the age of 88.

Margaret, known as "Peggy", married Robert Burns Jnr., also of Scots ancestry on November 18th 1944 in Gillespie. They had met at the wedding of her sister Jeanie on September 17th the same year. Robert was an army colleague of Jean's husband John Reinsch. Jeanie and John had met in the armed forces canteen in St.Louis, Missouri. They were married only 3 months after meeting.

The Burns family had six children, the Reinschs', four. Between them they have numerous grandchildren, all Sorbie descendants. 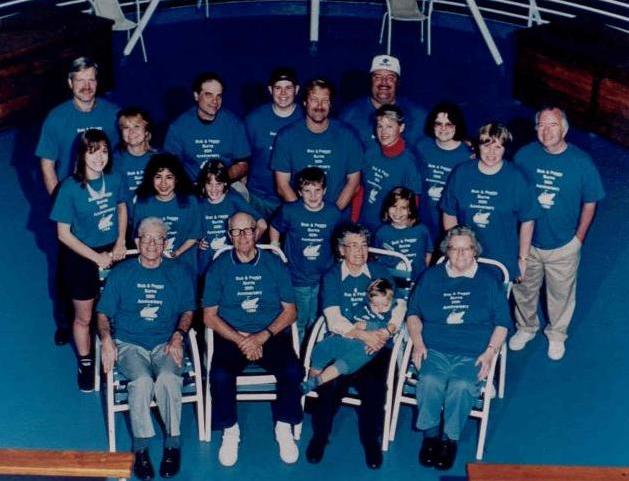 A photo of Peggy and Robert's 50th anniversary at Thanksgiving 1994. The family had a cruise from Los Angeles to Mexico to celebrate. Front row: John Reinsch, Robert Burns Jr, Margaret Dallas Sorbie Burns, holding her grandson Matthew, and her sister Jeanie Sorbie Reinsch. 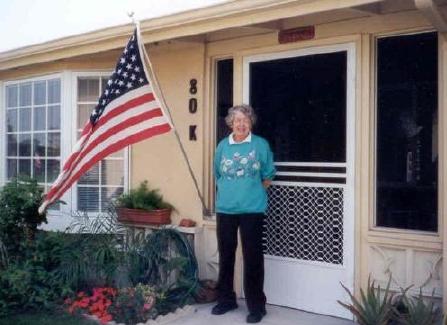 Peggy Sorbie Burns outside her house in California - November 2001 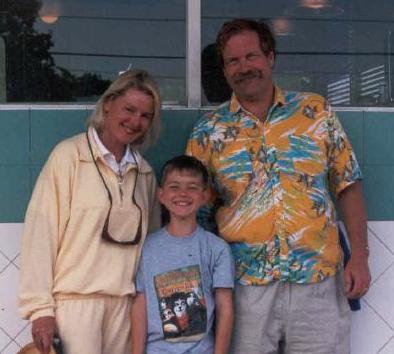 Peggy and Robert's son Scott Burns is a resident of Santa Barbara, California. Here he is pictured with his wife Lisa and son Matthew on holiday in Florida in 2001.