I thought I would let you see Townhead street and tell you what I know about this street.

This is the main road through the village which was a turnpike road to Strathaven and the west, the road to the right adjacent to the tall chimney (lum) leads to St Ninian's churchyard and new cemeteries.

At the top of the photograph to the left is the present school ,now called Stonehouse Primary, and part of my education was in this school.

Where the men are standing you will see a thatched roof , which was still there when I was a young schoolboy.

Opposite the above house was a billiard hall which was situated behind the houses it was in use in the early nineties as the attached photograph shows.

The small boy standing is my father, aged I guess about 15 years old, as the back of the photograph has mention of "Pigeon Bob". 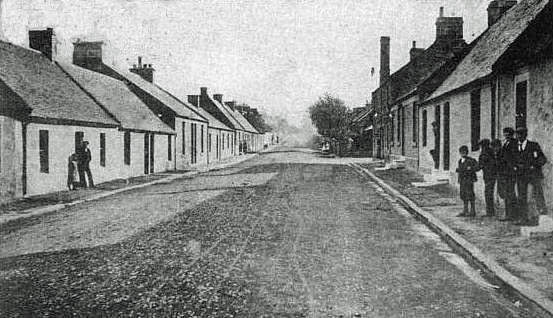 The Billiard Hall circa 1915