James Sorbie was born in Stonehouse on 10th May 1800, the second of Thomas Sorbie and Janet (Ann) Thomson's 10 children. James turned his hand to a variety of  jobs including coal miner and silk weaver. In April 1835 he married Agnes Welsh and they had five children, born in various places in Lanarkshire including Bothwell, Hamilton, Dalziel and Stonehouse. Their last child Robert was born in 1852 and James and Agnes both died 10 years later in 1862 in Glassford Parish. 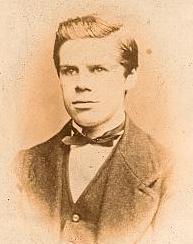 Robert married Isabella Jack, a cotton weaver  on 20th March 1874 at 31, Argyle Street, Glasgow. Isabella came from that area and her father, Robert was a master brush and watchmaker. 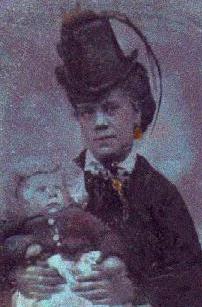 Robert and Isabella had five children born between 1875 and 1882. Robert was also a watchmaker and was forced to travel the country in search of work, including journeys south  of the border. His eldest child John Donaldson Sorbie was born in Hutchesontown, Glasgow; Mary in Blantyre in 1877; James in West Derby, Liverpool, England in 1880 and twins Margaret and Isabella in Holywell, North Wales in 1882.  At the time of Robert's premature death at the age of 30 in 1883, the family were still living in North Wales, a fair distance away from his brothers and sisters back in Scotland. 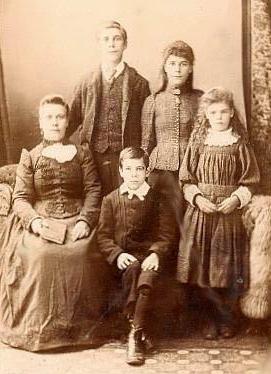 After Robert's death, Isabella took the family back north to Glasgow and in December 1892 married James Reid, a platelayer by profession in Tillicoutry, just north of Stirling. Isabella and James had no further children.

The family continued to move backwards and forwards across the border and on 23rd November 1910, youngest daughter Maggie Sorbie married Albert Edwin Barron Fendall at St.Mary's Church, Kirkdale, Liverpool. Albert, born in 1885 was from Islington, London and had run away to the army at the age of 14. He was a veteran of the African and Boer Wars and had various adventures, including a friendship with William Cody (Buffalo Bill). Cody made a number of successful tours of the U.K. and Europe in the early part of the century with his 'Wild West Show'.

They had five children, the eldest daughter being Margaret Lilian (Lily) Fendall, born in Henrietta Street, Scotstoun, Glasgow on 23rd February 1914. The family had inherited their travelling spirit and Margaret's brothers and sisters were born in Scotland, England and Wales.

Albert and Margaret's family finally settled in North Wales where daughter Margaret went into nursing. She met Hugh Francis Robinson at the Alexandra Hospital in Rhyl, a seaside resort. Hugh's father Hugh Robertson was born in Auchterarder in Perthshire and spent his youth in Glasgow. He then moved to Manchester, England in 1905 to take up a management job at a rubber company.  At this point he changed his surname to 'Robinson'. Hugh Francis was born in Old Trafford, Manchester in June 1914 and became a public health officer. He was later to be awarded the 'M.B.E.' medal by the Queen in 1970 in recognition of his work on clean air and urban smoke control.

Hugh Francis and Margaret were married in St.George's Church, Hulme, Manchester on 5th September 1936. They were both very sporting and became 100 mile tandem cycling champions in 1936. They were also keen golfers; Lily gaining honours as an all-England medallist. 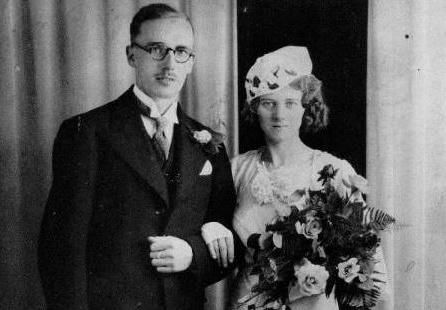 The following year Hugh Edwin was born, then two more boys, Peter and Stuart and finally, a girl, Frances Lilian in June 1946; all were born in Manchester. 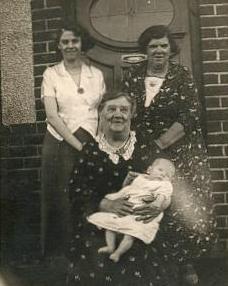 Isabella Sorbie née Jack lived to the grand old age of 96. She died in Johncellor Street, Glasgow on 13th April 1952. Her daughter Margaret (Maggie) Fendall née Sorbie only outlived her by four years, passing away in April 1956 in Old Trafford, Manchester. Her husband Albert Fendall died in November 1969 at the age of 84.

Albert and Maggie's daughter Lily is still going strong at the age of 87 and lives in Manchester, close to her son, Hugh Edwin. 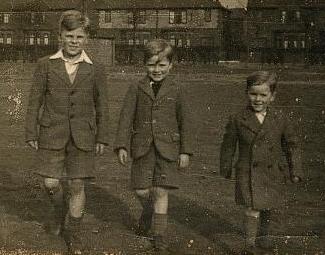 Taken in 1946. The Robinson brothers. 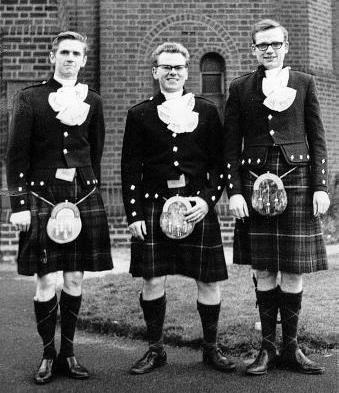 Peter qualified as an industrial chemist and became the U.K. head of an international computer company. It was at this point that he attended theological college and decided to become a Minister of the Church of England. He has now retired after 28 years in the church and resides in the County of Somerset with his wife Audrey.

Stewart is a constructional steel designer and lives in South Africa with his wife Madeline and family.

Hugh became a civil servant and married Ivy Robinson, a school administrator on 29th August 1960 in Old Trafford, Manchester and they still live in the area. Their daughter Philippa was born in 1967 and she now works for an insurance company.

Hugh has been interested in Genealogy for 30 years and was a founding member of the 'Anglo-Scots' Family History Society in Manchester (the only one in England) which is affiliated to the Scottish Federation of Family History Societies. In 1996 he began a detailed investigation of the history of the Sorbie family along with Andy Potts and has had great success in connecting descendants all over the world. 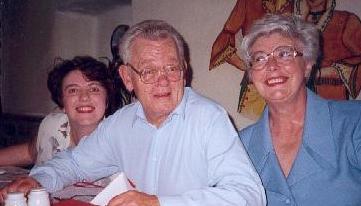