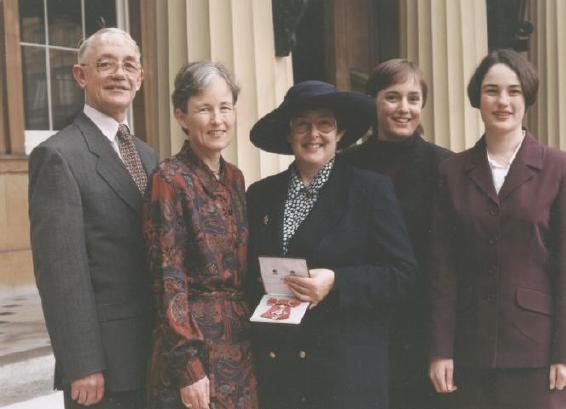 Taken in December 1996 at Buckingham Palace. Muriel (in the hat) after receiving her MBE award - Member of the British Empire. With her are L-R : Brother-in-law Carson McGregor, sister Mary and nieces Helen and Fiona McGregor.

Muriel is descended from William Sorbie, born 1744 and died 1819 in Stonehouse, Lanarkshire. William married Jean Jackson of Strathaven in April 1773 and they had four known children, including William, born in February 1778. William  married Catherine Craig in Stonehouse on August 24th 1810.

Muriel has in her possession the cover of the family bible. It is a 1772 edition, printed in Edinburgh and may well be that of William Sorbie and Jean Jackson. This lists all birth /death / marriage events in the family including their own. She also has the Army discharge papers of son William dating from 1802. In it he is described as "being 24 years of age, 5'10" tall, stout made, with dark eyes, a long visage and black hair. Born in the parish of Stonehouse and by trade a weaver." he spent 2 years and 10 months in the Lochaber regiment of Fencible foot. Catherine died at the age of 42 in 1821 and her husband William outlived her by another 30 years, dying in the early 1850's.

William's eldest son, another William was born June 15th 1811 and the following photo is believed to have been taken in the 1890's. Although an old man with white hair, he appears to have blue eyes and fair skin. 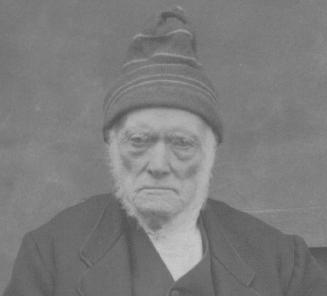 William married Grizel (Grace) Wilson on November 15th 1835 in Stonehouse and they had a total of 12 children between 1837 and 1857. A handloom weaver by trade, William lived with his family in Lawrie and Newtown Streets in the town, before finally moving to No. 10, Camnethan Street in the early 1860's where he spent the last 40 years of his life. It was here that his wife Grace also died in November 1885.

His son John, born in 1839, whose profession of 'Power Loom Tenter' reflected the increased mechanisation of  the weaving industry. John married Euphemia Jackson in Stonehouse on December 30th 1859. They had five daughters, the first three being born in Stonehouse and after the family moved to Glasgow in 1864, the final two, Mary and Janet being born in East John Street in the City.

In January 1870 John's wife Euphemia tragically died of heart disease at the age of 30. In June 1871 he married Cecilia Miller at 42, Scott Street, Bridgton, Glasgow. Cecilia was born in 1840 in the coastal town of Ayr in Ayrshire. With Cecilia he had another five children, including William, his first and only surviving son, born December 13th 1874 in Glasgow. His other son, John, born 1879, died in 1883 at the age of four.

In 1881, the family is recorded as living in 70, Dalmarnock Road, Glasgow, by 1891 they had moved to Newhall Terrace, Bridgton, Glasgow. William whose profession was given as a Clerk, married Maggie McFarlane Glover  in Bridgton on August 5th, 1904. Maggie was the daughter of John Glover and Catherine Crawford. They had one son, John, born June 27th 1906 in Glasgow.. 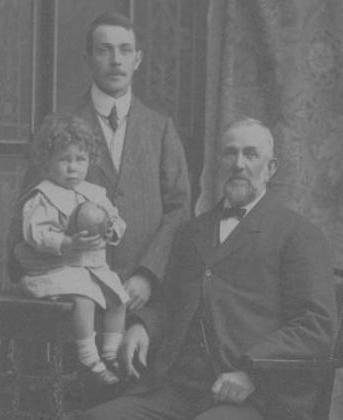 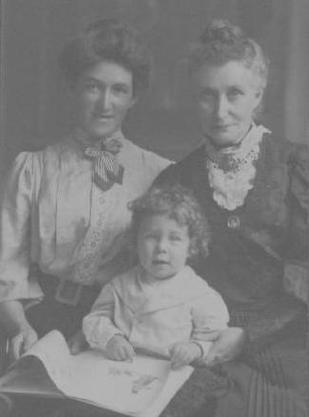 John took a degree at the then Andersonian Institution, which eventually became Strathclyde University, graduating as an electrical engineer and then worked for Singers. John married Ann Miller Ross in Blythswood, Glasgow on December 25th 1939. Just previously he had decided that the time had come to look for better jobs and he ended up with GEC at their works at Erdington, Birmingham, England and was there until 1952.

It was in Birmingham that daughters Muriel and Mary were born in July 1944 and March 1948. 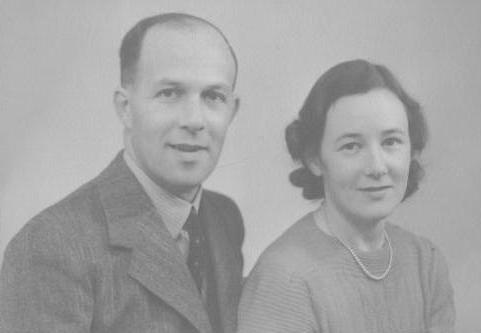 John Sorbie, with wife Ann, shortly after their wedding in December 1939

In 1952 John was promoted to head office in London and the family settled in Cockfosters, at the end of the Piccadilly Line. Muriel lived here until she was 20. Unfortunately in the years 1960 and 61, John and both his parents died within 12 months of each other. In the meantime, Muriel had finished her schooling and ended up in the Civil Service in 1964, specifically  in the Board of Trade as an Executive Officer. It was with the BoT that she moved to up to Glasgow and was later joined by her mother and sister. Mary married James Carson McGregor in September 1972 and they have two daughters Helen and Fiona.

Over the years the BoT went through many transformations from the Ministry of Technology to the Department of Trade & Industry.  Then, at the time of the first Scottish devolution proposals in 1975, Muriel's department was transferred to the Scottish Office. Shortly after that she was promoted and moved to Edinburgh, working in a variety of jobs, from fisheries through town & country planning and agricultural research until in 1988 when she went to work for a small unit, acting as a secretariat to the senior civil servants. Another part of the role was to deal with Government and VIP hospitality, e.g. the Queen’s annual visit, garden parties etc. She was particularly involved in the run-up to the European Summit in 1992. It was her work in this department which earned her the M.B.E. honour and being modest she says "It was really a matter of being in the right place at the right time."

Muriel describes her big day at the Palace thus:

"..My MBE was presented by the Queen at Buckingham Palace. You are only allowed 3 guests, so Mary and the girls came. Carson was allowed in to be in the photos; he said he reckoned that was as much fun because he had to be let in through the locked gate in the railing by the police inspector, with all the tourists looking on and wondering "Who's he?". Then the guards had to stop in their marching to let them through into the inner courtyard!

The Queen said to me "So you deal with all this?", waving a hand at the assembled masses. And we both giggled. I told her that I was the first Honours Secretary (internal office title) in a department outside the Cabinet Office to be nominated, so I was really a representative of all the departmental HS's. And that was about it. Since then a number of other departments have nominated their HS's and my successor also received one, so I started a trend. I do have the video (enormously expensive but a must have) so I have a permanent record of the day.

It was a particularly nice day for me because, of course, I knew the staff who deal with the investitures, so I was meeting friends and it was much less strange than it might have been - Buckingham Palace is a pretty overwhelming place.."

Muriel finally had the opportunity for early retirement and took it in 1996. 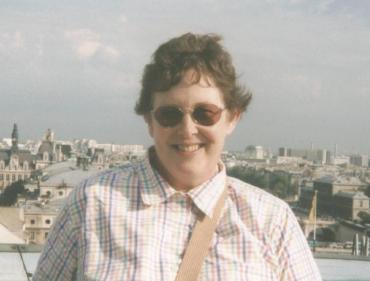 Since then Muriel has been managing to keep busy with a number of things. As well as genealogy, she has been involved in her local Church of Scotland where she is Clerk to the Congregational Board. This is the business committee of the Church and is a challenging role.

Muriel also enjoys travel. In 1996 she went to Mauritius and Reunion and in 1997 to visit her cousins in Queensland and Western Australia. She is also very fond of France and goes at least once a year.  Recent trips have included visits to the Cevennes area, along with trips to Venice, Arran and the West of Ireland.