Mitchell Sorbie was the eldest son of Thomas Sorbie and Jane Burke and was born February 7th 1874 in Miller Street, Stonehouse. He married Violet Gillies in July 1902, in Govan, Glasgow. Violet was from Dunoon, Argyllshire on the west coast of Scotland. They are seen here with their daughter Violet born 1918. They had earlier had two sons, Tom (Known as 'Bottlehouse' or 'Kenosha Tom') and Archibald in 1904 and 1912 (named after their two grandfathers).

Mitchell and family emigrated to Illinois close to his other brothers, but later moved to St. Louis. He was later joined there by his youngest brother Willy who was 23 years his junior. Mitchell worked in mining offices and later did grounds work in St.Louis along with brother Willy.

Willy's grandson Tim explains."..I know that Mitchell lived one block away from my grandparents in University City (a suburb of St. Louis). My grandfather always said that Mitchell was more like a father to him - I know he originally came to St. Louis because Mitchell had found him a job and because there was a substantial Scottish community there. Also, my grandparents are buried on the same hillside (about 25 ft up from) as Mitchell and Violet. I have no idea how Mitchell originally came to St. Louis - I am pretty sure that, in contrast to the other brothers, he spent little or no time in the mines.." 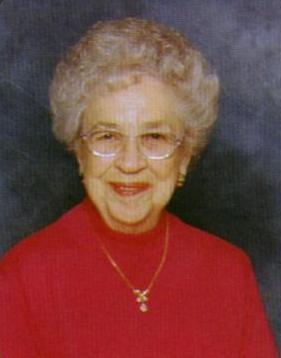 Violet, Mitchell's daughter was of course named after her mother. Born in Stonehouse in 1918, the family  emigrated to the U.S.A. through Ellis Island, New York in 1922. However they then moved back to Scotland, finally settling in North America for good in September 1928. Vi married John Arnold in Dover, Ohio in April 1943 whilst he was serving with  the Army Airforce. He was later to see action in Burma and India.

After WW2 Vi and John settled in Dover, Ohio (about 2 hours south of Cleveland) and had one child, Steve in September 1953. John then worked for 42 years at Greer Steel, finally retiring in 1976. Steve married Sherrie Stroup in St. Louis in 1981 and they have one child Catherine Elizabeth Arnold born in January 1992.

Vi and John celebrated 50 years of marriage in April 1993 and John sadly died three years later aged 82. A well respected member of  the community he served on the Board of Elders of the First Moravian Church and was a past president of the Dover Kiwanis Club. Vi, now aged 85, still lives in Dover, Ohio and is still active in a number of organisations such as the Women's Fellowship where she served as president, Prudence Circle and the YWCA.