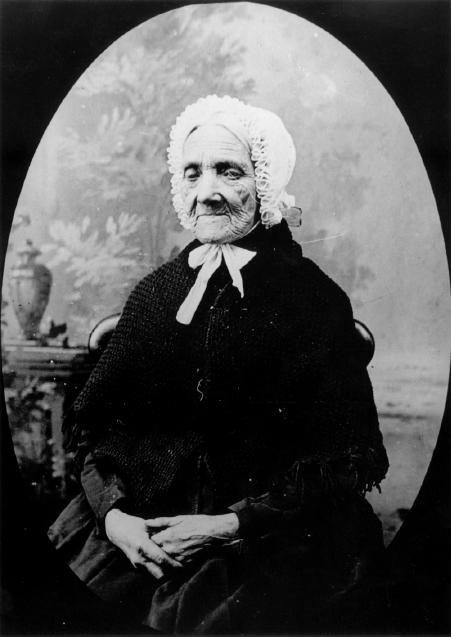 The above photograph of 'Mrs Sorbie' was taken by George Gray in 1904 and is of striking quality. It shows Marion Sorbie aged 94, the year before she died and it is a very important portrait - especially to her many hundreds of descendants.

Marion was born Marion Wilson Stewart in Stonehouse, Lanarkshire on October 8th 1810. She was the daughter of Matthew Stewart born 1774, a Hand Loom Weaver by profession and Janet Wilson. Matthew and Janet were married in Stonehouse on June 29th 1800 and Marion was the 5th of 8 children.

On January 29th 1830, still only 19, she married Robert Sorbie, the fourth of Thomas Sorbie and Janet Thomson's seven sons. Their first child Thomas soon followed and then two years later Matthew in 1832. Robert and Marion went on to have a total of 12 children, the last being Mitchell in December 1856. This was only 2 months after the tragic death of Robert's younger brother Mitchell in a quarry accident.

The Stonehouse censuses from 1841 through to 1891 saw Robert, Marion and family living in a different house each time, although New Street appears to be their favourite, where they were recorded at 3 different addresses. It was only after the death of Robert aged 75 in  July 1886 that Marion made her home at 16 New Street. 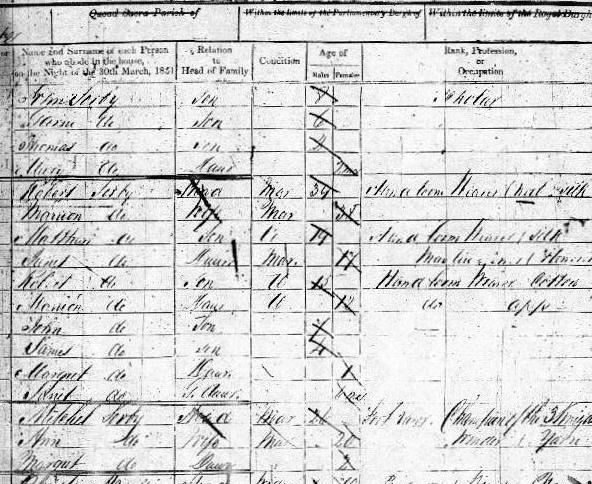 The 1851 census shows Robert, Marion and family - living in Newtown Street, Stonehouse. Their eldest son Thomas had already left home when he married Mary Ann Todd 18 months earlier. Next door is Robert's brother Mitchell and wife Ann, on the other side is the family of Robert's nephew Thomas Sorbie and wife Grace Miller

It was here that she was living in 1901 with her grandson Adam Sorbie, a coal miner. He was born in 1857, the illegitimate son of Marion's 5th child, also called Marion. Young Marion tragically died in childbirth two years later at the age of 21. In his early years Adam had been shown in the census as 'Adam Sorbie Fleming', named after his father William Fleming, however he reverted to the Sorbie surname in later life.

Indeed it was Adam who is given as the 'Informant' on the death certificate of Marion on October 20th 1905. The cause of death was simply given as 'old age'.

Marion had seen major changes in her 95 years which more than spanned the Victorian era. The 1800's were without a doubt the most dynamic century of the modern age. When she was born Scotland was still a largely agricultural nation with a fledgling weaving industry. By 1905 this was becoming a dying trade as mechanisation had lead to the rapid expansion of the coal industry and other forms of mass production.

The Sorbie family tree shows that Marion has 930 known descendants spread out all over the world. In fact she is the great grandmother of William, another 'Famous Sorbie' featured on this website. Her importance to all these descendants is even more significant. They are lucky to have such a notable character as their ancestor and even more lucky that they can witness her likeness in such a superb photograph.

Many thanks to John Young of Stonehouse who kindly loaned the above photograph.