Marion was born in Strathaven on 16th March 1872, the 6th of 8 children. Her parents were Peter Barclay, a Silk weaver and Jean Bell, a Pirn Winder from Glasgow. She married Thomas Sorbie, a Handloom Weaver, the son of Robert Sorbie and Jane Murdoch on 29th March 1895 at Commercial Road, Strathaven. They had five children; four girls and a boy (Robert).

By remarkable co-incidence, Tom's father Robert was also the only son with four sisters as siblings. Here is a very good photo of Tom's four aunts, taken around the time of the Great War. All of them were married and have a large number of descendants themselves all over the world. 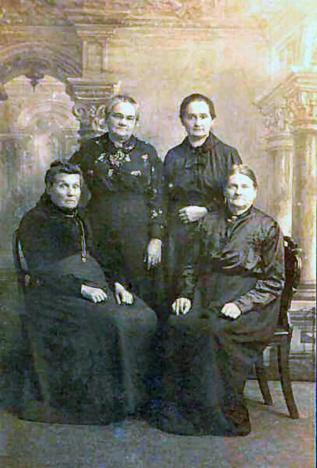 Tom, born March 1873, like many men in Stonehouse was a silk hand loom weaver until the industry went into recession. He then worked on the local railways as a 'Tapper' checking the rails with a hammer. He also kept prize Rabbits earning him the nickname 'Rabbit Tam'. 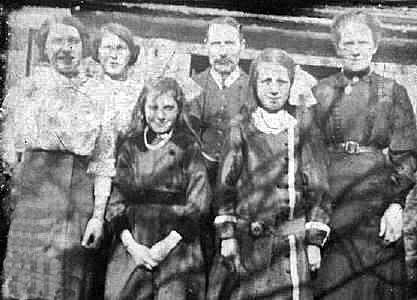 This is the earliest photograph we have showing my Grandparents, Tom and Marion and all my father's sisters at 13 Green Street, Stonehouse. This will have been taken around 1912. 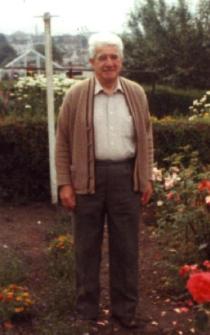 Here is a photograph of the late John Livingstone Paton born 15th August 1909 in Bridgeton, Glasgow. His father was killed in the First World War and his mother died when he was seven.  John and his brother were taken in by an aunt but later both went to an orphanage. When John was around 14 he was separated from his brother and lived with Tom and Marion Sorbie in Stonehouse. Thereafter he was known as and answered to John or Jock Sorbie, until it is believed he was married. He died in Larkhall in 1983. No connection can be found between Paton/Sorbie, it can only be assumed that either Marion fostered or she had heard through others about John.

Tom and Marion's only son Robert, was born in Stonehouse on the first day of the new century, 1st January 1900. Tom had four sisters, Maggie, Jean, Ann and the youngest Minnie Barclay Sorbie, born  1902.

In adulthood Robert became a joiner, at the time the only apprentice for George Wilson Ltd which in 2002 went into liquidation. In the firms hey day it employed around a thousand men, including Robert's son Tom. Robert never finished his apprentiship as he was called up to the first World War. However he never went to the trenches as the war ended with Robert still only aged 18. 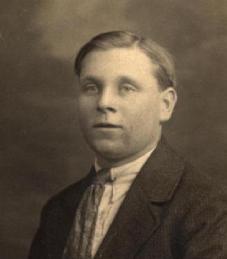 He married Elizabeth McMaster in Stonehouse in April 1924 and their first child Minnie was born in December 1926. 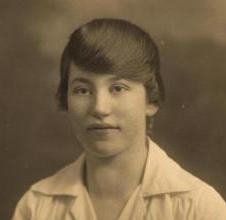 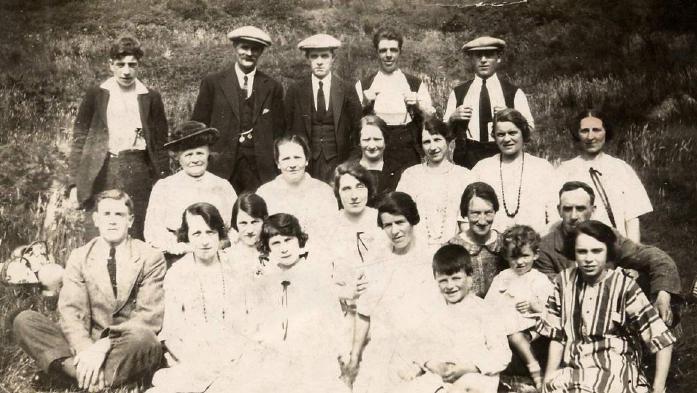 This excellent photograph was taken prior to 1925 at Craignethan Castle (Tillitudelum Castle) which is about 3 miles from Larkhall. The Sorbie family would have hired a charabanc (bus) to take them to the outing.

Listing the people as three rows left to right starting top row. Also giving their relationship to Tom Sorbie of Larkhall shown at the bottom of this page:

A large collection of Sorbies and Mowbrays who are closely connected on this branch of the family as Tom Mowbray married Minnie Barclay Sorbie in 1926 (Robert's younger sister born 1902). 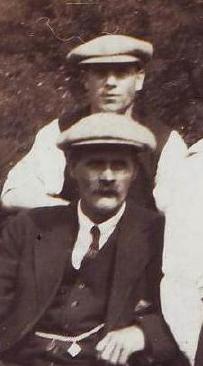 Here is another photo taken the same day as the above showing Tom's father Robert in his early 20's behind my grandfather Tam Sorbie in his early 50's.

Robert's sisters, Jean, Maggie and Minnie worked in a stocking factory in the centre of Stonehouse before they were married, the factory being the former St. Ninians Church. This old factory was demolished in 2002.

However tragedy was to strike when Robert's wife Elizabeth sadly died in on 3rd January 1930 just 10 days after the the birth of their 2nd child Martha. Elizabeth was only 27 years old. However there was additional sadness as Martha had already died the same day she was born, Christmas Day 1929.

Robert remarried Jane Green on 17th May 1931 in Stonehouse. Jane worked at a company called Jackson Elphicks in Larkhall, who made enamelled baths. The factory converted to making shell casing during WW1. She worked there during the war and Robert also worked there from 1918 after he came out of the army, the Scottish Rifles, but never saw any action as the war ended. 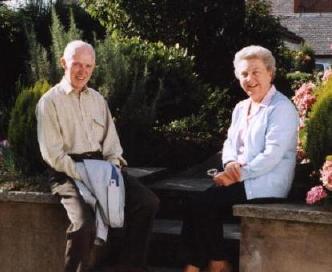 Minnie Sorbie b.1926 and her husband James Paterson pictured in 1996

A good number of the men died in the factory with lead poisoning. Robert being the maintenance joiner was not at the same risk but took ill in 1939 and never worked thereafter. 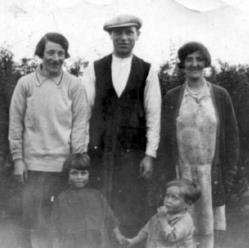 Robert Sorbie with his sisters, Jean and Minnie along with his daughter Minnie and nephew John Mowbray (Minnie's son) 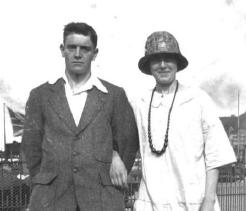 Tom Mowbray worked at Scapa Flow, Orkney during the last war. Tom Sorbie recounts the following story "..About 15 years back I was on holiday in Portsoy, and an elderly man asked me where I was from. When I mentioned Larkhall he said he knew a man from Larkhall when he worked at Scapa, before he told me the name I asked if it was Tom, he asked me how did you know his name, I told him I was his nephew ...small world.." 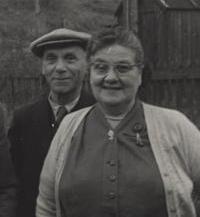 Two children for Robert and Jane followed, Margaret in 1932, and then Tom Sorbie their next bonny offspring in 1935. Both were born at 13, Argyle Street in Stonehouse.

Minnie Sorbie, Robert's first child worked in Craw the bakers in Stonehouse. Her husband James Paterson worked in many jobs, mainly driving, and was in the Merchant Navy as a cook during WW2 and saw a good amount of active service. 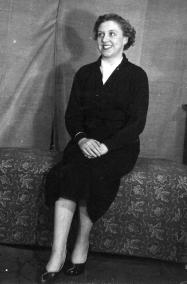 Margaret worked in the office at Stonehouse Hospital where she met James Hutchens, her husband. He was an accountant with the Hospital administration and later became secretary of  the State Hospital at Carstairs. He retired from the position of finance officer for Lanarkshire Health Board; East Kilbride/ Stonehouse area. Margaret and Jim have three sons and five grandchildren. 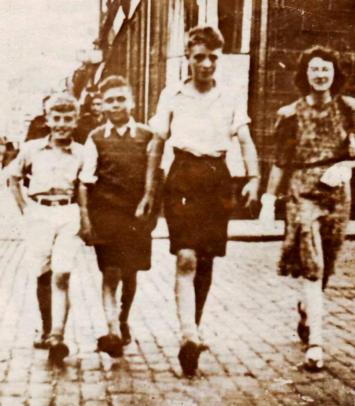 Tom aged 11, second left  in 1946 in Greenock with friends on his first holiday 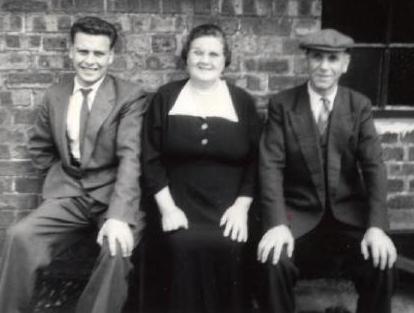 Tom and his parents, Robert and Jane - pictured in 1956

Tom Sorbie started his working life as a bricklayer in 1950, but was called up for National Service 1955, arriving at Catterick Camp, North Yorkshire, England to join the Royal Corps of Signals. After his training he was promoted to the rank of Lance Corporal, being 'best recruit'. He had already been interested in Radio as his hobby was and still is Amateur Radio.

Tom became an instructor on morse code and it's operation, finishing in 1957 as a substantive Corporal, his name coming up for the rank of  Sergeant a few weeks before leaving. The Army wanted Tom to stay in as they had him earmarked for the S.A.S., but he refused to sign on as a regular soldier. He never went overseas. 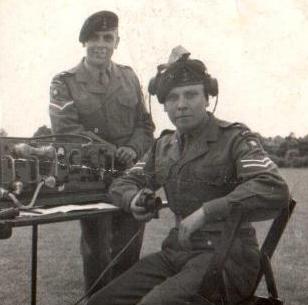 Coming back to civilian life Tom restarted with the firm he previously worked for, Wilson of Stonehouse. However he was unsettled in the building trade, and managed to get a job with Pye Telecoms, but due to financial commitments he reluctantly went back to the building industry becoming a foreman. This however was short lived as he left and went into Local Government Architects Department., on the Property side. This dept. was responsible for alterations, major re-roofs, major repairs and was an important part of Council affairs. He was promoted to Assistant Maintenance Officer, Lanark County Council, retiring in 1996.

Until recently Tom was the Senior Morse Examiner for Strathclyde, an unpaid post. It is a requirement to pass a 12 words per minute morse test to become a Radio Amateur. This interest which he takes very seriously puts him in touch with people all  over the world. 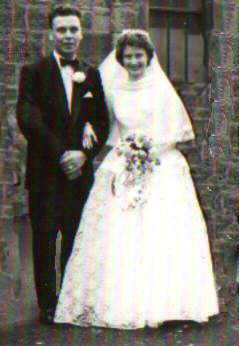 Tom and Maureen on their wedding day

Maureen worked as a telephonist receptionist in Shorts, Newtonards, Northern Ireland and left to get a similar job with Colvilles Steel in Motherwell, Lanarkshire. She gave up her job, as was the norm when she was married.

Tom and Maureen had twin girls, Sheena and Irene in September 1963 and a boy, Robert Gordon in June 1967. They now have eight grandchildren, the latest, Mhairi, was born in December 2002. 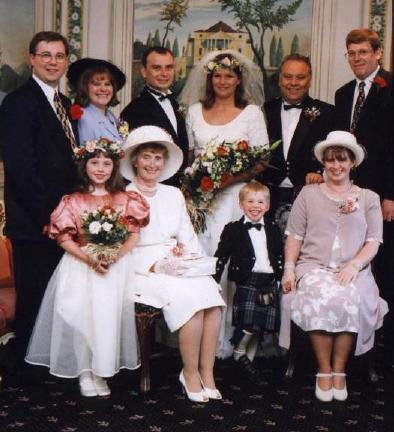 Tom (back, 2nd from right) and family on the occasion of his son Gordon's wedding to Carol - Bothwell, Lanarkshire July 4th 1997 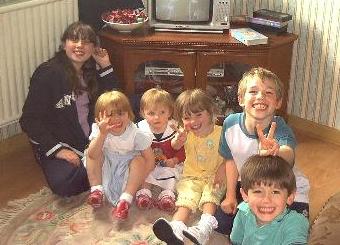 Six of Tom and Maureen's eight grandchildren in 2002 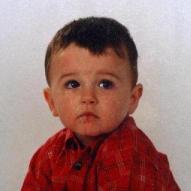 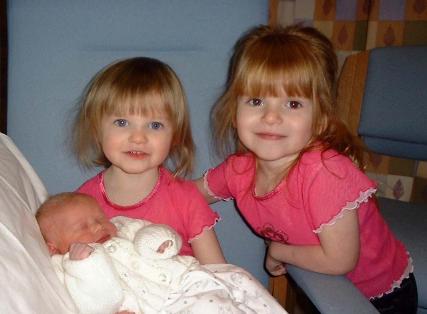 This is a poem about Tom's identical Twin Daughters

Five months hae gaen since they twa did appear

And as ye grow up tae gang hand and hand

May you be sincere tae yer ain native land

When ane his a pain the ithers the same

The king o' the castle wi twins and sweet wife

Those are the things that are best in oor life

Weel Tam y'ell feel as a lord there nae doot

Tho whiles the noo it's sleepless some nicht

As they grow like flooers then things will look bricht

Its then that oor Tam and his sweetheart will smile

Yes whiles a great laugh as they gang the gither

And as roon the steps they rattle the bin

It was written by a local watchman (name not known) on a site where Tom  worked.

He called himself 'Rab the Rhymer'