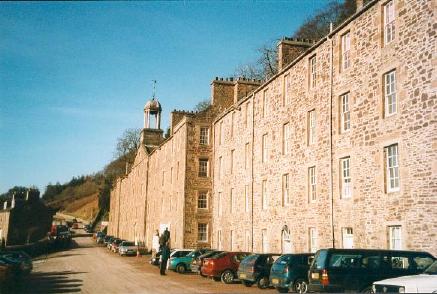 The historic village of New Lanark, founded as a brand new Industrial settlement in 1785 by Scottish entrepreneur David Dale, is still a living, working community. To the delight of conservation groups and locals it was granted World Heritage status by the United Nations on 14th December 2001. This means that the site can now be promoted across the globe and is expected to generate millions of pounds in tourism.

New Lanark became world-famous as a model community under the enlightened regime of the social and educational pioneer Robert Owen, who managed the water-powered cotton mills from 1800-1825. The cotton-spinning community was the first to be built based on the principle that  well-housed workers would produce better results. Britain was the first country to industrialise, creating vast wealth. The rest of the world scrambled to follow, but the pioneering sites of the Industrial Revolution are so important that the UN decided they deserve international recognition.

It is a wonderful educational resource and the New Lanark Conservation trust provides a wide range of recourses for the public and schools alike. It is open every day except 25th December and 1st January and the normal opening times are 11.00hrs to 17.00hrs. 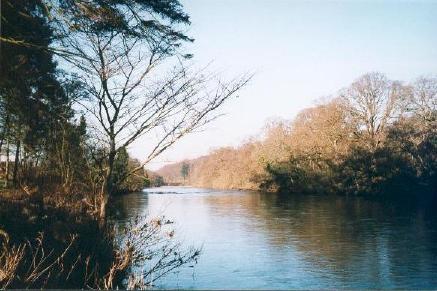 The Clyde Valley features the handsome town of Biggar which has a wealth of award-winning museums while Chatelherault, minutes from the main M74 Motorway near Hamilton is well worth discovering. The former hunting lodge of the Dukes of Hamilton, built by the famous Scottish architect William Adam in 1732, has been restored and now houses a fascinating visitor centre. The Carfin Pilgrimage Centre, which stands in the grounds of the Carfin Grotto, traces the history, traditions and motivations of pilgrimage, focusing particularly on pilgrimage in Scotland. Dramatic ruined castles, industrial heritage, country parks - and also the building with Europe's longest echo (The Hamilton Mausoleum - 22 seconds!) - Clyde Valley has plenty of surprises. 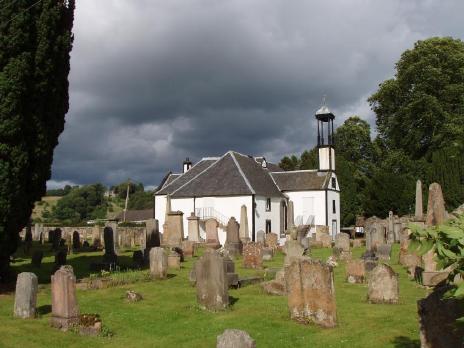 This was a Covenanters church. It has seven exit doors which allowed people to get out in a hurry when the soldiers appeared to break up their 'illegal' prayer meetings.