In 1974, William (Willy) Sorbie was the only surviving of the five brothers who emigrated from Stonehouse in the early part of the century. He arranged a reunion in Kenosha for as many of the family members as he could gather together. The attendees did their utmost to recreate the atmosphere of the 'old country' by taking part in various musical renderings, reciting stories and above all renewing acquaintances.

Walter Clark was the master of ceremonies and everyone performed in some way.  His sons, David and Buddy  and Fiddlin' Tom Sorbie were always the band. Everyone had to sing a song or recite a poem. The festivities were closed by a hearty toast to Scotland.

Willy Sorbie's summary of the 1974 Reunion 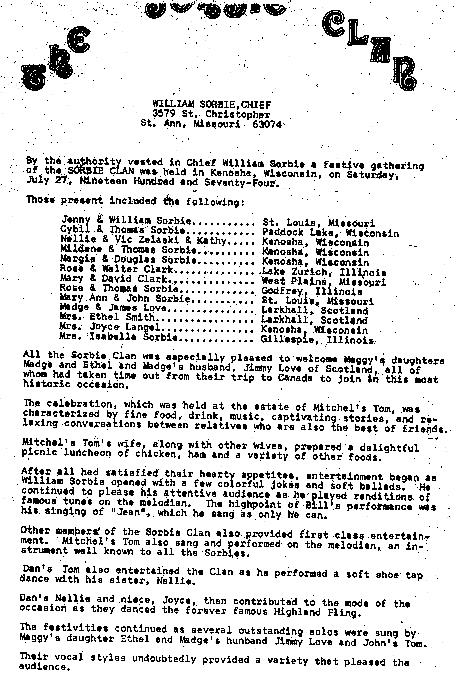 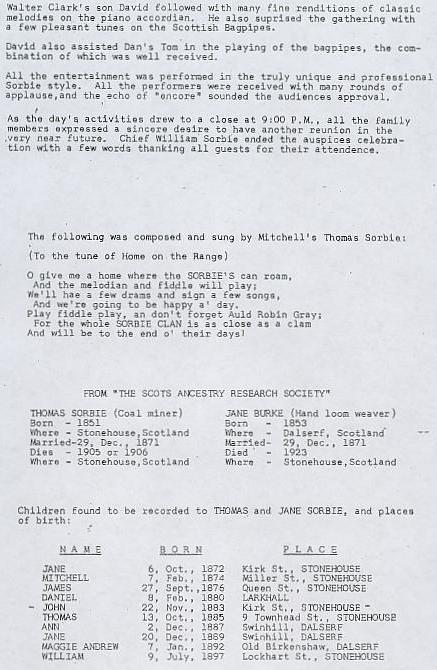 Many of our American Cousins will no doubt recognise their family members on the above summary.

William unfortunately died in February 1977 and his nephew Tom Sorbie took over the honorary role as "Clan Chief". Incidentally, Tom had already made a number of journeys back to Scotland to revisit his roots and had met family members back in Stonehouse. One of his ports of call was at the door of 'our own' Tom Sorbie in Larkhall.

July 1979 saw the second reunion, held at the ranch of Doug and Marge Sorbie. From the photo below it is apparent that this was a much larger affair with many more Sorbie family members attending. Click here to see the full list. 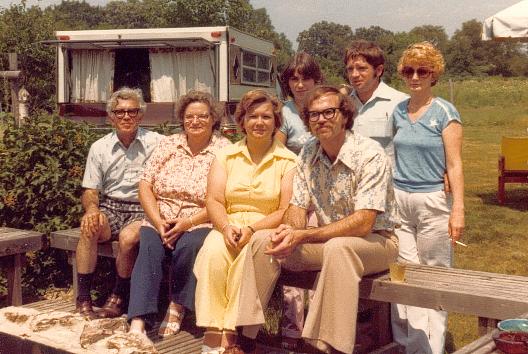 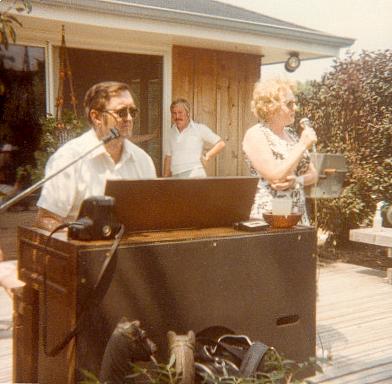 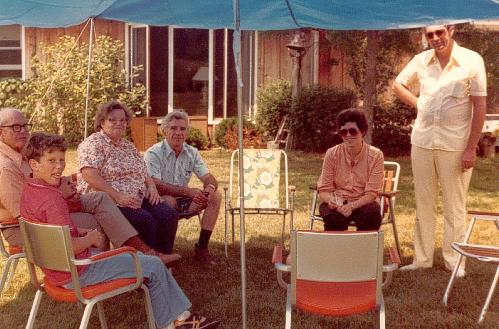 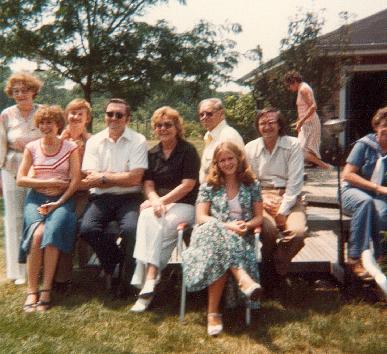 Various photos taken on the day.

Since then the Sorbie family has spread far and wide and multiplied in numbers. Their U.S.A. heartland is still the Missouri / Illinois / Wisconsin area, but pockets of Sorbies now live in places as diverse as Montana, California, Florida, Michigan and New England.

One such descendant is Joe Pinz, a computer analyst from Florissant, St.Louis. Joe, the Great, Great Grandson of Thomas and Jane has done great work in pulling the family strands back together and documenting the U.S. Sorbie connection. To date he has located well over 200 living descendants of the 5 Sorbie brothers from Stonehouse and knows there are many others scattered throughout North America.

Joe has been a great friend to the 'Sorbie Quest', supplying us with a large volume of information and helping to fit the puzzle together. He has been able to speak to elderly relatives and track down family members who had been out of contact for some time. If any American Sorbies or their descendants want to make contact with Joe please e-mail Andy Potts at the address featured on the 'home page' and it will be forwarded onto him.

Finally in 2003 a third Sorbie gathering was held in Kenosha, so continuing the tradition begun by Willy Sorbie in 1974. He would certainly be proud that family ties still remain strong and the next generation are proud to carry on such an important tradition.