John Sorbie, Thomas Sorbie and Jane Burke's 4th son was born in King Street, Stonehouse on November 22nd 1883. He went to work down the Lanarkshire mines alongside his brothers and father. John is shown on the photo on the homepage of the website 2nd from left on the back row aged 17 years. As mentioned elsewhere on this website he also became a champion bagpiper in Scotland and later in the USA.. He was the first of the 5 Sorbie brothers to venture across the Atlantic and the 1910 U.S. census sees him in Sweetwater County, Wyoming, again in working in a mine. Presumably it was the tales he told upon his return to Stonehouse that inspired his brothers to also emigrate to the U.S.A. 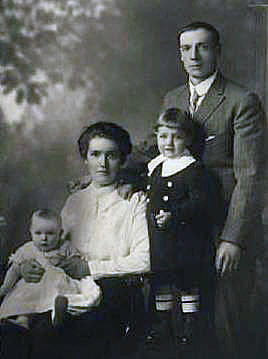 John and his wife Isabella Munro Brown in 1919 with eldest two children, John and Jeanie.

John and Isabella Sorbie remained in Illinois as did Tom after brother Danny moved to Kenosha. Back in Scotland John had been a champion bagpiper. They had three children, John Munro, Jeanie Burt and finally Thomas in 1921. Tom was born in Scotland at Lockhart Street during a visit back to Stonehouse. John's life was cut short however in 1932 at the early age of 48. He is buried in Gillespie City cemetery in Illinois. Isabella, now a midwife became a naturalized American citizen in 1938. She died in Gillespie in January 1989 at the grand old age of 96, outliving her husband by over 56 years .

Jeanie Sorbie, their only daughter married Charles Robert Tecklenburg in his home city of St.Louis, Missouri in June 1940. Two children followed, Joan and Robert. Then after Charles' period of army service in WWII, two more, Thomas and Kathleen. Mr and Mrs Tecklenburg enjoyed a long and happy life with Jean passing away in 2004 in her 86th year. 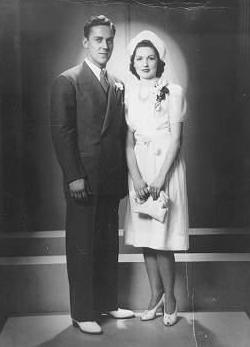 Charles and Jeanie at their marriage in 1940

Charles and Jeanie's eldest daughter Joan Isabella Tecklenburg married Roger Paul Pinz in Berkeley, Missouri in November 1959. Roger had served in the army corps of engineers in Korea and went onto make a career as an electrical technician in the aero industry.  They settled in Florissant, Missouri and had four children Joseph, Lisa, Andrew and Anthony. The eldest son, Joe married Maria Theresa Tricamo, a teacher's aide in Florissant, Missouri in 1990. They have three children Zachary, Sophia and Maya.

John and Isabella's youngest son, Thomas was born in 1921 and known as 'Alton Tom' after the town in Illinois in which he settled. He married Florence Lucille Heron and their son Latham Douglas ('Doug') Sorbie was born in October 1942. Tom later remarried Rose Perico and had three more children, Sharon, Thomas and Julie. 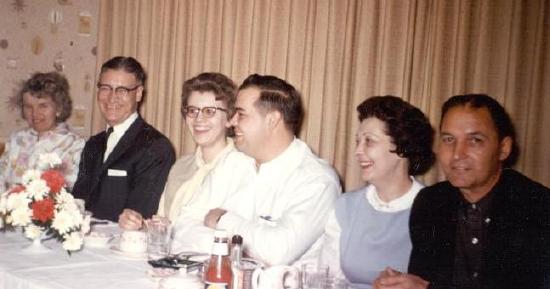 'Rehersal Dinner at Moonlight Restaurant, Alton' early 1960's L-R : Alice and Ralph Schuette, their daughter Corrine Schuette, Doug Sorbie, his mother Florence with her 2nd husband Jim Ravenelli. This photo was taken just before the marriage of Doug and Corrine.

Doug Sorbie and Corrine had 3 children between 1965 and 72. They were Daniel, Jonathan and Julie. Like many Sorbies, Doug was musical and played in a pipe band at O'Connell's in Gaslight Square, St.Louis and organ for St.Paul's Lutheran Chruch in Branson, Missouri. 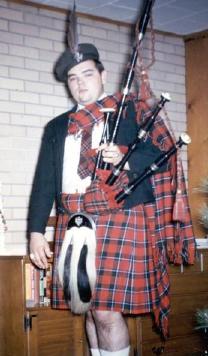 Corrine died just before her 49th birthday in March 1991 and Doug three years later at the age of 52 in Springdale, Arkansas. He had been employed at a number of different organisations including three different organ companies in the state of Illinois in the late 70's and 80's. 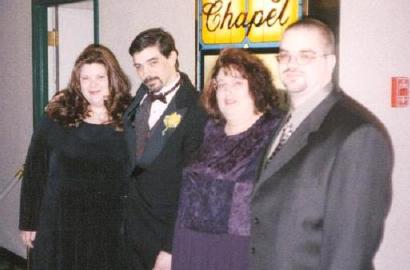 Doug's oldest son Dan married Stephanie Priest from Canoga Park, California in Reno, Nevada in March 2000. Jon Sorbie had a career in the army and is now resident in Minneapolis, Minnesota. Julie lives in Eagan, also in Minnesota. 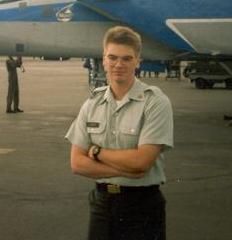 Jon Sorbie - taken at Elmendorf Air Force Base Alaska in 1992.