Another view of old Stonehouse this time of Lockhart Street.

This Street is the main way into Stonehouse from the Motorway and Larkhall, it is still much the same viewed as the photograph, however there a number of new houses built on the left of the road.

A few years back a bypass road was constructed which in part follows the old railway line and station, this has helped in reducing the volume of traffic through the village.

The Street was named after Major General Lockhart who owned a lot of the land in Stonehouse.

Behind the tree is a cottage, number 55, now an opening as the house was burned down, at that time owned by a Thomas Sorbie (miner) who worked in U.S. mines, returning to Stonehouse around 1950. He died in 1957.

Lockhart Street seen in the Autumn of 1903 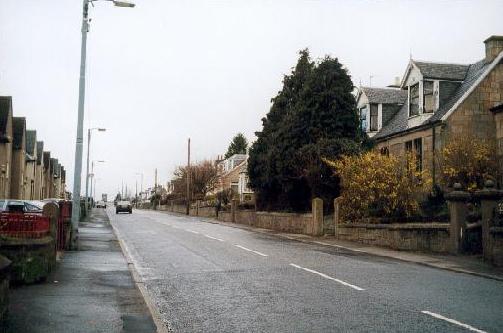