I thought I would let you see part of the public park where I spent so much time in when I was a boy.

The first thing you will notice is the Chute (slide) which was built in 1933 and said to be the biggest in Europe. From memory there were 109 steps to get to the top. A mat was supplied to sit on, if you were brave enough to have a go, the locals found it no bother in fact I and others used to go down rubbing a candle on the chute so we could slide faster.! Sadly the chute was removed in 1967, too dangerous for our present day children 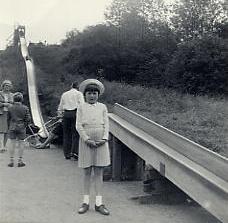 Below is the pond where you could hire a paddle boat for the half hour. I recall that the pond was full of Tadpoles. 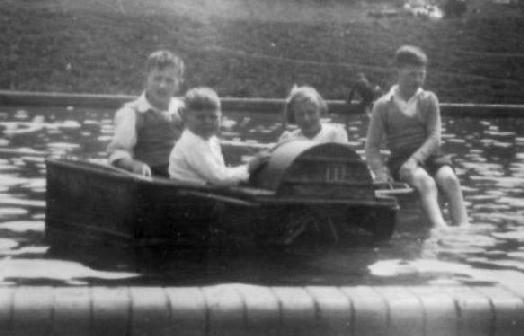 The wee boy in the boat is myself and my sister Margaret with two relatives.

The bridge is the Linthaugh Bridge (Brig) over the River Avon, a tributary of the Clyde, with the road on the far side going off to the right is a country road to Larkhall. 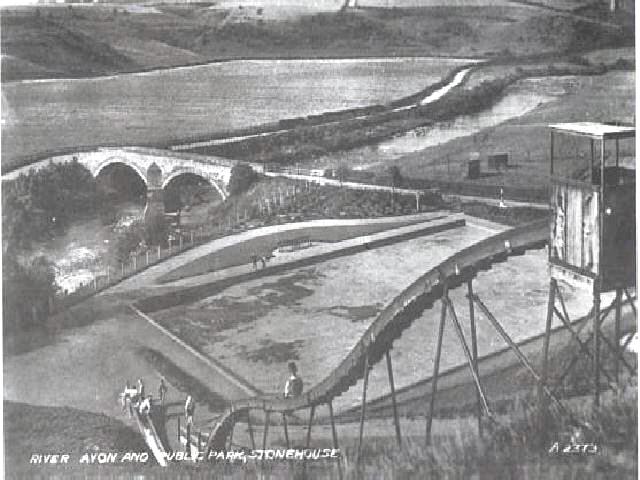 I was reading the other day that repairs were in progress on the Linthaugh Bridge and the workmen found a bottle built into the Stonework dated 1926 which listed the Councillors and workmen. The Stonehouse Heritage group got a look at the contents adding to it and it was built back into the bridge. I believe the bridge was built 1771. 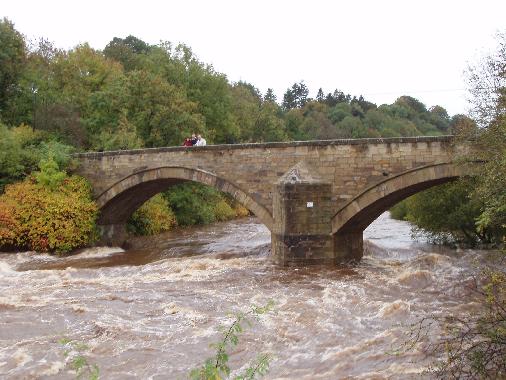 Lintaugh Bridge over a River Avon in flood - October 2008.

The flat field on the far side was a golf course about 90 years ago, and I understand that in the time of the Druids this is where the stilted village stood. Closer, about 55 years back I remember helping the farmer to lift the potatoes. 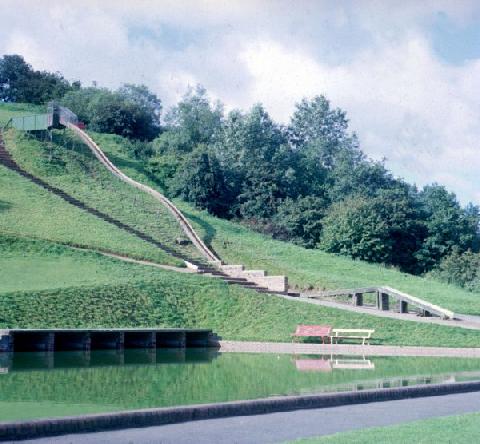 A side view of the chute which afforded spectacular views over the Avon Valley.

Though not for the faint-hearted!