Glasgow has long suffered in comparison to Scotland's second city Edinburgh, a dour industrial city contrasted with its more anglicised and cultured neighbour. Such stereotypes no longer apply, as Glasgow, the European City of Culture in 1990, has rediscovered its cultural links. The third biggest city in Britain, Glasgow is also the third most popular destination in Britain for foreign tourists.

Although less tourist-orientated than Edinburgh, Glasgow's reputation as the "Friendly City" makes it a rewarding destination. The city boasts such attractions as the Burrell Collection, Glasgow Cathedral and the Tenement House, as well as a lively nightlife. Glasgow is an excellent base for exploring the heart of Burns Country, Lanarkshire, Loch Lomond and the resorts of the Ayrshire cost.

Today's Glasgow is letting the world know about its striking architecture, heritage and culture, building on the success of more than a decade of stimulating new developments such as the Burrell Collection and accolades like Cultural Capital of Europe in 1990 and UK City of Architecture and Design in 1999. Most recent of these to make a major impact on Glasgow's artistic scene was the opening of the Gallery of Modern Art. 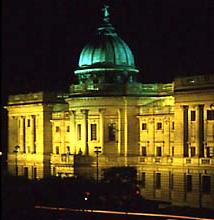 Housed in a handsome neoclassical building in the city centre, the gallery displays some fine examples of Scottish figurative art, though there is also an eclectic collection from all parts of the world. The material on each floor reflects one of the four elements of fire, air, earth or water and there are also a number of interactive exhibits.

The Burrell Collection, with its collection of textiles, furniture, ceramics and other objets d'art, is typical of the city's cultural wealth. It houses more than 8,000 art objects, including paintings by Renoir and Cézanne, amassed in a lifetime by the Glasgow shipping magnate Sir William Burrell and donated to the city are housed in the award-winning Burrell Collection in Pollok Country Park, some 5km south of the city centre.

The huge display includes Chinese ceramics and pottery (a world-class collection), tapestries, stained glass (one of the best collections in the country), church art, Chinese jade, silver, bronzes, Persian and Indian rugs, Egyptian statuettes, Greek and Italian pottery, needlework, arms and armour and furniture. The stained glass is positioned facing south for maximum effect and the huge tapestries are in central galleries. Many of the Chinese objects are in the gallery which looks out onto the nearby trees. 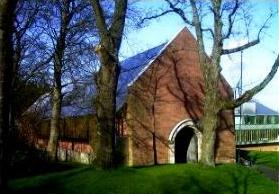 The award winning building designed to hold the Burrell Collection

A total of 242 entrants vied for the honour of designing the building to house the Collection. A group of three architects submitted the winning plan. Construction of the gallery began in 1978 by Barry Gasson architects and was completed in 1983. It was opened by Queen Elizabeth II in October 1983. In 1985, it won both the Museum of the Year Award and Sotheby's Award for the best Fine Art Museum. Opening hours: Monday to Saturday 1000-1700 GMT, Sunday 1100-1700 GMT. 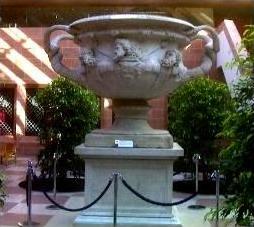 An impressive exhibit at the Burrell

There are also many other diversions. The Art Gallery and Museum in Kelvingrove Park is one of Europe's finest civic art collections. The most visited tourist attraction in Scotland, it  attracts over a million visitors a year. The ornate Victorian building dates from 1901 and boasts a natural history museum downstairs and an impressive gallery of paintings by Scottish and European artists upstairs. As well as pieces by modern artists including David Hockney, the paintings on display include Other paintings include Rembrandt's Man in Armour and works by Botticelli, Monet, Van Gogh and Picasso. Opening times are Monday-Thursday and Saturday 1000-1700, Friday & Sunday 1100-1700.

Opposite is the Museum of Transport, with reconstructions of a typical Glasgow street of the 1930s. Also nearby is the Hunterian Museum and Art Gallery, where the work of Charles Rennie Mackintosh  is well represented. 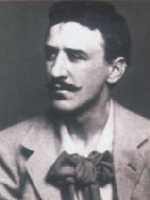 Charles Rennie Mackintosh (1868-1928), the famous Glasgow born architect and designer, is considered the European counterpart of Frank Lloyd Wright and is renowned world wide for his innovative and influential style which helped shape European Art Nouveau. The Mackintosh House within the gallery comprises an accurate reconstruction of the interiors of one of his former homes. 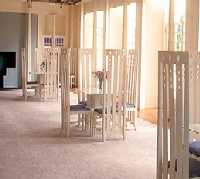 Together with his wife Margaret Macdonald Mackintosh, her sister Frances and Herbert McNair, Mackintosh was a prominent influence in the development of the "Glasgow Style" and enjoyed critical acclaim, mainly on the continent, exhibiting widely at international exhibitions in the early part of the 20th century. Mackintosh made his mark on three types of architecture - public buildings, private houses and tea rooms - the majority of these existing within the city of Glasgow.

To the east of today's city centre, located next to Glasgow Cathedral, there is the stimulating St Mungo's Museum of Religious Life and Art, presenting the universal themes of life, death and the hereafter through evocative art associated with different religious faiths. The only mainland Scottish cathedral to have survived the Reformation, The Cathedral of St Kentigern or St Mungo's Cathedral it is one of the most magnificent buildings of medieval Scotland. The site was blessed for Christian burial in 397 but most of the present building dates from the 15th century. The vaulted crypt of the Laigh Kirk (lower church) is said to be the finest in Europe. St Mungo's tomb in the crypt was the focus of a famous medieval pilgrimage. 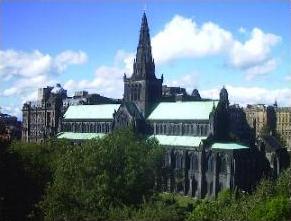 Glasgow is the headquarters of many artistic companies, including Scottish Opera, Scottish Ballet and the Royal Scottish National Orchestra, all of which have regular concert programmes in custom-built halls, notably the prestigious Glasgow Royal Concert Hall. Britain's largest community festival, Mayfest, is held each May, encompassing a whole range of visual and performing arts.

The Tenement House at 145 Buccleuch Street is also a fascinating place. The time-capsule Victorian tenement flat gives an insight into Glasgow city life in the late 19th and early 20th century. The house, in which Miss Agnes Toward lived here for 50 years, retains its original box-beds, the original kitchen range and all the fixtures and fittings. Opening hours: 1 March to 31 October, daily 14-17.00 GMT (last admission 1630 GMT) 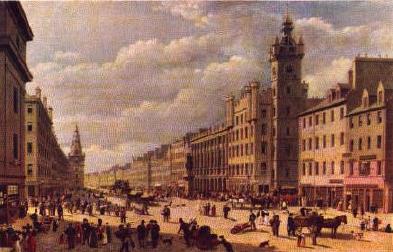 Glasgow's past may be steeped in it's industrial heritage, but now it is looking towards a bright future as a major centre for the arts and cultural development.