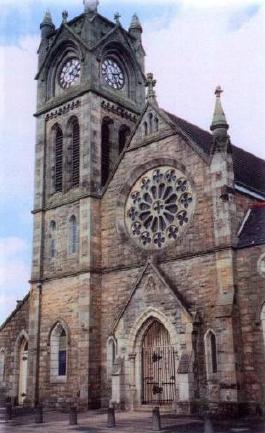 It is a measure of the success of the 'Sorbie Quest' that two family gatherings were held in 2003 on either side of the Atlantic. On Saturday 30th August, the first get-together to be held in the USA since the 1970's took place in Kenosha, Wisconsin.

The U.K. Sorbie Gathering took place 6 weeks earlier on Saturday 12th July at Paterson United Free Church Hall, Stonehouse, Scotland. It was an unqualified success, with an attendance of just under 100.

The town selected was of special significance to UK Sorbie family members, as nearly all lines of our tree originate from this small parish in the county of Lanarkshire. Paterson United Free Church in particular has strong connections with the Sorbies and many family members were baptised, married or worshipped here. The church lies just to the north of Stonehouse Cross in Lawrie Street. 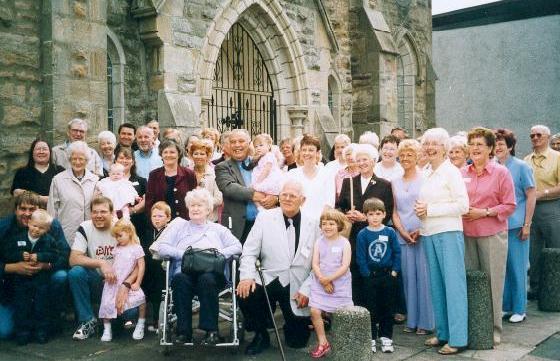 The congregation dates from 1783 and the church was opened on 20th April 1879 and was named in 1900 after the Rev H.A.Paterson, 1842-1901. The church and it's adjacent hall were ideal for such a get-together and it was a great chance for cousins to re-unite with old friends or meet up for the first time. Children were also most welcome as there was a special play-area reserved for junior Sorbies.

The re-union followed the great success of the 1st Sorbie Gathering, held at the nearby St.Ninian's Church in June 2001 at which 75 Sorbies and their descendants were in attendance. Numerous requests had been received for a repeat event. In addition family members who had made contact with us since then are also keen to meet up for the first time.

The event had received some excellent coverage in the local press and the word had got around the Stonehouse area about the gathering. Attendees travelled from Lanarkshire, other parts of Scotland, England and even from California,  U.S.A.  As cousins arrived they were asked to sign in and collect the 'Programme of Events' sheet and commemorative Sorbie bookmark. 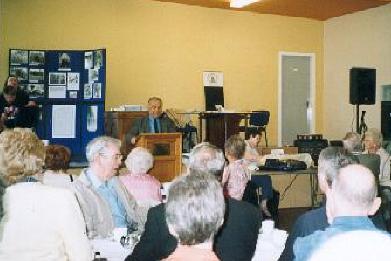 The opening speeches were made by Tom Sorbie, Hugh Robinson and Andy Potts who outlined the progress that has been made in the two years since the last gathering. An overview was given on the Sorbie family tree which had doubled in size to 6,500, the Sorbie website which totalled 100 pages and the e-group which had a worldwide membership of 60. Contacts with family members are being made all the time and this was borne out by the fact that nearly half those attending hadn't been present at the 2001 gathering.

This was followed by one of the highlights of the day when Muriel Sorbie of Edinburgh detailed the recent work which has led to a Sorbie family tartan being designed and manufactured. A spontaneous round of applause broke out when Muriel unveiled the tartan for the first time. This has now been registered with the Scottish Tartans Authority and the new design met with unanimous approval from all those present.

An amount of ties and scarves have been produced by Strathmore Woollens of Forfar and these were only delivered the day before the gathering. It was close run thing, but well worth it as they were snapped up quickly by family members eager to wear their own tartan for the first time. Young and old alike took great pride in donning the new design which is a dark blue shade in colour. 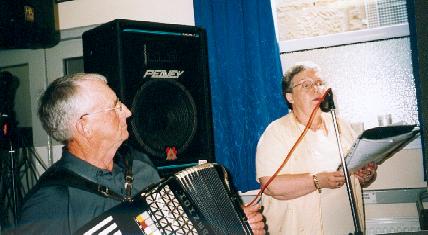 Entertainment was provided by local musicians

Next came a musical interlude provided by Danny Hannay on the accordion, accompanied by Ann Summers on vocals. Both are native to Stonehouse, and Danny especially has close links with the family, as his wife is a Sorbie descendant. Ann has a beautiful singing voice and she delighted the gathering with some older and also more modern Scottish folk ballads.

Following this came lunch which took the form of a buffet kindly provided by volunteers. As with the last event, the tables were overloaded with all kinds of tasty delicacies. This was the centre piece of the day as it allowed family members to chat and get to know each other. While this was taking place the Stonehouse Heritage group displayed items of local interest whilst the Lanarkshire F.H.S were happy to advise on the tracing of family history. 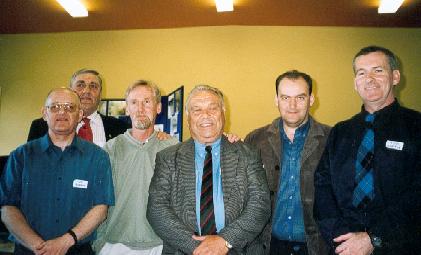 A gathering of six Tom Sorbies

As a bit  of fun, all those bearing the name 'Tom Sorbie' in the room were summoned up to see if we could break the record set in a famous photo taken in Illinois, U.S.A. in 1950. The record was equalled by L:R Tom 'The Building Inspector', Tom 'The Polis' (Policeman), Tom Mitchell' 'The Bridge Builder', Tom 'Tamaur' of Larkhall, Tom of Hamilton and Tom of London (wearing the Sorbie tie). Maybe the record can be surpassed at the next gathering. 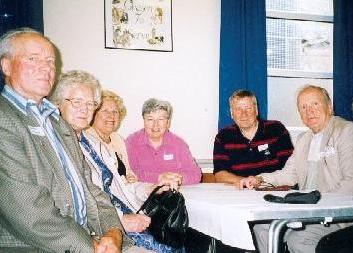 Helping family members to check their Sorbie lineage was George Baker, an elder of Paterson U.F. Church who had helped enormously with the securing the gathering venue. George who is married to Jean Sorbie had his laptop and printer and was able to print off 'descendancy reports' for those wanting a hard copy of their family ancestry. Again this helped those attending to establish who in the hall was their 2nd, 3rd or 4th cousin (once removed!). 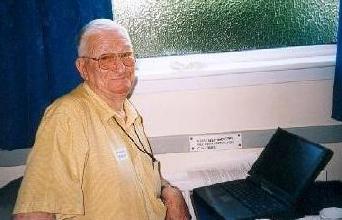 Following the buffet George treated family members to a tour of the magnificent church whose tower is the tallest building in Stonehouse. The interior of the church was refurbished after a devastating fire swept through the building in January 1977. Undoubtedly the most eye catching feature is the superb 'George Wilson Memorial Rose Window'. 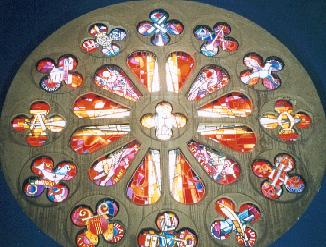 The window was donated by Mrs Mary Wilson of "Canford" in memory of her husband, a loyal member of the congregation and a much respected member of the community. It was designed and made by Mr Crear McCartney and installed after restoration following the traumatic events of 1977. The Rose window is designed in three parts;  a. A centre quatre-foil. b. 12 radiating "spokes". c. 12 outer quatre-foils. The window mainly features warm colours which add to the stunning effect, especially in the evening sun. 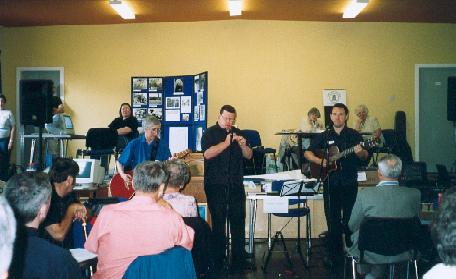 This was followed by presentations to Scott Burns and Mitchell Sorbie who had both travelled with their wives from California to attend the day's events. They were given a framed copy of an old pencil drawing of Stonehouse as a memento of the occasion.

Finally Elinor Sargent gave the 'Vote of Thanks' to close the 2nd U.K. gathering. In an eloquent speech she thanked all those who had helped to make it such a great success including those who had travelled from far and wide to attend. The first gathering had been closed by her father Gavin Sorbie, who is currently not in the best of health, so it was fitting that Elinor spoke on his behalf. She concluded in the hope that everyone will meet again for the next event, which we expect to be in two years time. 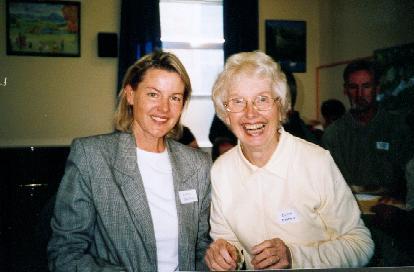 A great day was rounded off when John Young took visitors along to the old St.Ninian's Kirkyard for a talk on local history. This has to be one of the finest locations in Lanarkshire, overlooking the Avon Valley and is steeped in history. John is the perfect guide as he has recently had a book published on the subject and the group were lucky to have him conducting the tour. A great end to a hugely successful day.

The Sorbie Gathering was the subject of a number of local news articles and was the talk of the town for many weeks following. We hope everyone had a great day and we hope to meet even more cousins the next time we get together. See you in 2005!!

Back to 'Sorbie Family Events'