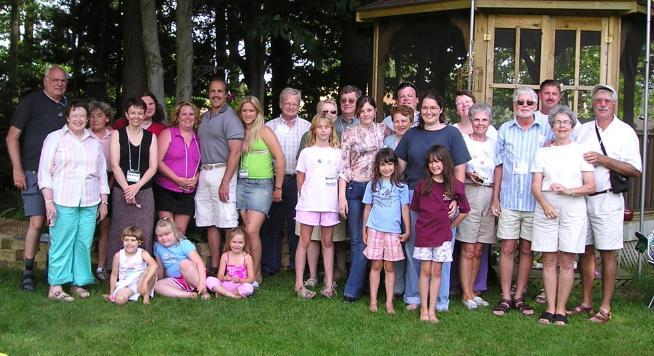 The first ever Sorbie Gathering to be held in Canada took place a fortnight after the U.K. event on Saturday 23rd July at Wasaga Beach, Ontario. It was held at the home of Jim and Sheila Latimer on the shores of Georgian Bay, around 80 miles north of Toronto. It is an area which boasts many attractions for local residents and out-of-town visitors alike.

Sheila originates from Edinburgh, Scotland and her mother was Isabella Millar Sorbie. Jim is a local boy with Irish and Welsh ancestry. It was a great chance for Canadian and American cousins to get together and a number of British family members also travelled over for the occasion. 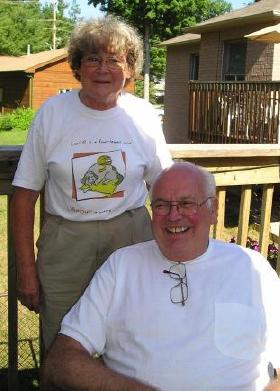 The hosts - Jim and Sheila Latimer.

In all 35 Sorbies came from far and wide on what was a perfect summer's day. Many of those attending had not met before so the afternoon was spent swapping stories and making acquaintances. Some brought old photos and their family trees to compare notes with cousins they had not seen for many years. As is the usual case many long conversations took place trying to work out who was whose 2nd cousin and long lost uncle! Some Sorbies had emigrated from Scotland to Canada more recently, whilst others were 2nd/3rd generation North Americans, but all were related in one way or another. 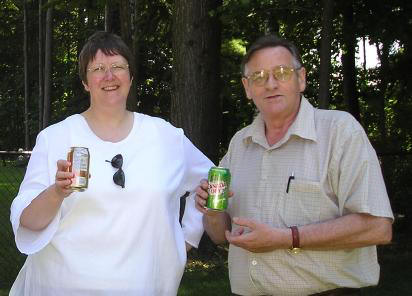 Thea Teale of Edinburgh, Scotland and Jimmy Mains now of Montreal, Quebec, but originally from Stonehouse.

Attending such a gathering for the first time were brothers Dann and Wayne Sorbie of Cornwall, Ontario. Their father Daniel was born in Stonehouse, Scotland in February 1911 and emigrated to Canada at the age of 18. Danny is still alive at the grand age of 94 and is the head of four generations of proud Canadian Sorbies. Incidentally Dan's younger sister Minnie married Zoeth McFaul, a radio technician in the US Airforce in March 1945. Immediately after WW11 she joined her husband in Phoenix, Arizona where they still live with their extended family. The rest of the family remained in Scotland where all their descendants still reside in the Lanarkshire area 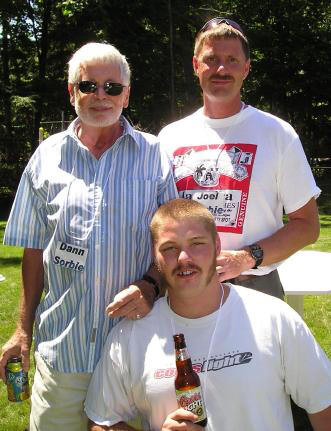 Danny's son Wayne takes up the story "..Daniel Sorbie arrived in New Brunswick, Canada on March 9th, 1929 and immediately was moved by train to Toronto. He worked in a small community of Tullimore, Ontario near Brampton as a farm hand. He then moved to Lowville in 1932 and got a job as a storekeeper in the Lowville General Store. This is where he met Gertrude. Daniel then relocated to Cornwall, Ontario in 1934 and got a job as a millhand with Courtaulds Canada Ltd. He worked for them until his retirement at age 65. Mom and Dad were married in Cornwall on April 7th 1935.." 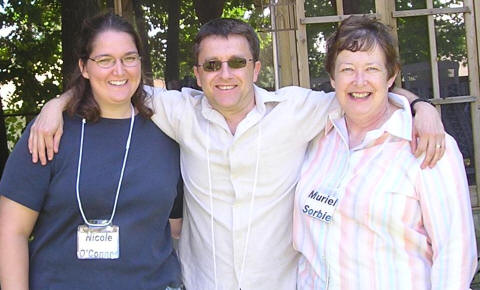 Nicole O'Connor of Canada, Andy Potts of England and Muriel Sorbie of Scotland.

Nicole lives in Barrie, Ontario and it was her original idea to hold the gathering.

Andy and Muriel from the U.K. had attended the Scottish gathering two weeks earlier and met up again on the American side of the Atlantic. The welcome was just as hospitable, but maybe the weather was a little better. It was great to shake hands with cousins with whom they had corresponded via e-mail for a number of years but never met.

Here they are pictured with Nicole of Barrie, Ontario who is descended from both the Sorbie and Downie family lines. Her great grandfather Thomas Downie emigrated from his hometown of Blantyre, Lanarkshire in 1929 at the age of 41. He sailed from Glasgow on the passenger liner, 'S.S. Athenia' which landed in Quebec on 27th May. His wife Margaret and 3 children joined him in Canada the following year. 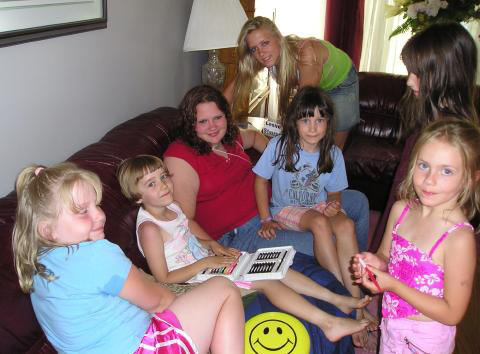 All the children at the gathering have Sorbie ancestry. Those shown here are from families living in Canada, USA and the U.K. The remarkable thing is they are descended from the marriage of Thomas Sorbie and Janet Thomson in Stonehouse in July 1797 making them ALL 6th cousins. Different branches of the tree meeting up again after 200 years! 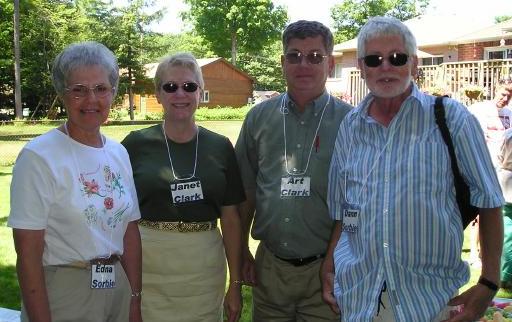 Art and Janet live in Wingham, Ontario. His mother was Helen Sorbie born on Stonehouse in 1914, the second of nine children. Art still has a number of aunts and cousins living in the Lanarkshire area and keeps in regular contact. 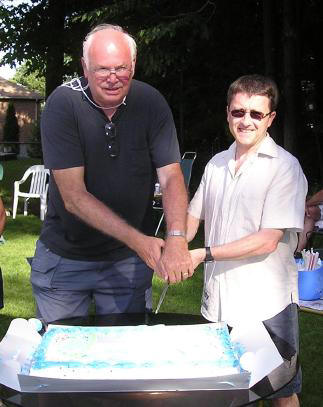 The day ended with a celebration cake being cut and distributed amongst those attending. It was an extremely successful day and plans are already being made to hold another event in a couple of years. Friendships were renewed and new acquaintances made and the link between the Canadian Sorbies is as strong as ever. Thanks again to Jim and Sheila Latimer for the wonderful hospitality shown and making their house available for the event.