Anne Sorbie and the "Australian Connection"

The descendants of Alexander Sorbie and Family

Alexander Sorbie and Lilias Hamilton were born in Stonehouse in 1832 and 1834 respectively and were married in the town on March 4th 1859. Alexander was the second son of Thomas Sorbie and Mary Currie, married in January 1830. In his working life he became a 'Charcoal Burner'.

Alex and Lilias had eight children, the seventh of which being Alexander born in Stonehouse on April 27th 1872. The 1881 census shows the family living at No. 19, New Street and in 1891 they had moved to 28, New Street. Alexander Snr. had died in March 1887 at 12, New Street and so the 1891 census showed Lilias as being a widow and Alexander Jnr's profession was given as 'Coal miner'. Lilias died four years later in January 1895. 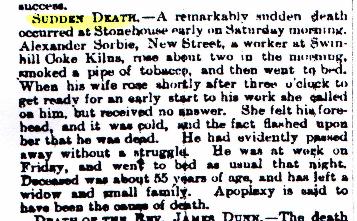 On December 7th 1900, Alexander married Annie Morrison in Stonehouse. Annie was only seventeen at the time and came from Strathaven which is about five miles away. In the 1901 census they were living at 106 Lawrie Steet, Stonehouse with their newly arrived first child Daniel. 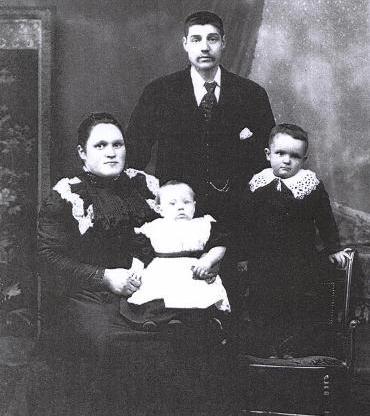 Alexander and Annie Sorbie with children Daniel and Alexander c.1903

Dan and Alex both played football for 'Stonehouse Violet F.C.' in their youth

Alexander and Annie had four boys and four girls before Alexander died on December 5th 1920 at the premature age of 48. Annie died in June 1945. Both are buried together in Stonehouse New Cemetery along with their son John who died in infancy. 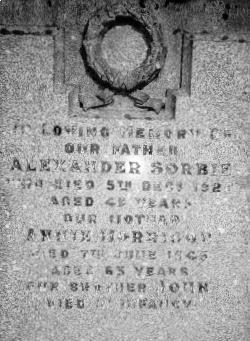 Below we see four of their children, Ellen, Lilias, Florence and Daniel and their spouses, pictured in the 1940's. 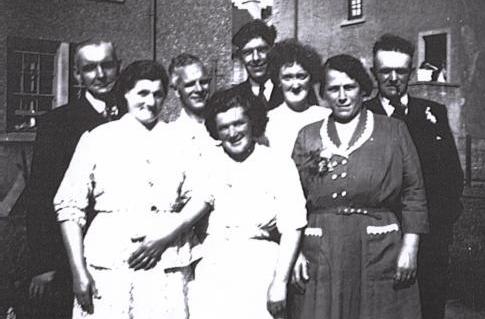 Two of the brothers, Alexander, born 1902 and the youngest Tom, born 1920 (just a few months before his father's death) emigrated to Australia. They were joined there by their sister Anne. The rest of the family remained in Stonehouse except Florence who moved down to Staffordshire, England with her husband Hugh Boyle and family. 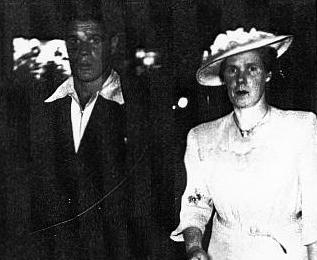 Anne and brother Tom in Australia.

After attending school in Stonehouse, Anne went to Glasgow University and gained a Public Health diploma. Upon arriving in Melbourne in the State of Victoria she became a nurse, progressing to the role of nurse educator. Anne remained single, but her brother's families still keep her very active. She has may hobbies including poetry and has had many poems published and read out on the radio. Anne is a member of the 'Australian Womens Writers' and along with a friend has had a book published in aid of Melbourne hospitals. However her talents don't stop there, as she is also interested in calligraphy and has illustrated children's books. 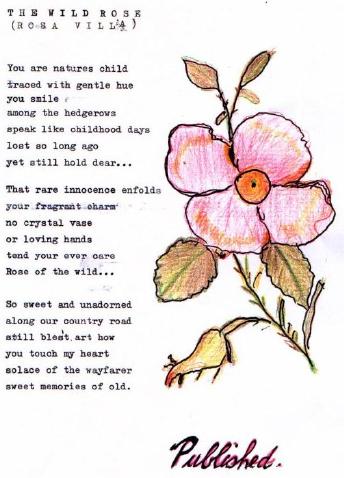 One of Anne's many poems and illustrations.

Anne's brothers Alexander and Thomas who lived in Queensland and New South Wales had five children and thirteen grandchildren between them. Most of them have now got families and  they are now scattered all over Australia. 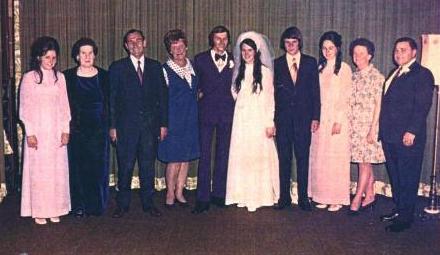 A photograph of some of the Australian Sorbie 'cousins' c.1973

The second on the left is Anne.

Tom who became a chiropodist had three daughters. The youngest, Lynette married Steven Lane, an Englishman and their youngest of three children, now aged six was named Alexander Sorbie Lane after his great grandfather. 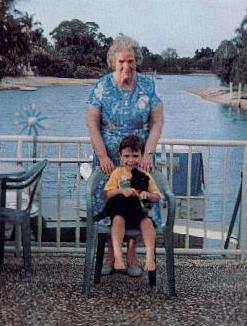 Anne and her grand-nephew Alexander.

Anne always kept in touch with her extended Australian family by phone right into her final years.. She still has clear memories of her early years with her parents and family living at 24, Union Street, Stonehouse, nearby to her Uncle Thomas and family who lived in Townhead Street. In April 2008 she was listed in the inaugural edition of "Who's Who in Victoria" which was launched at a ceremony at the Malthouse Theatre. This paid tribute to 6,200 outstanding Victorians in a brand new historical record that celebrates the lives and achievements of people from all walks of life. These are the people that have made the state of Victoria, Australia what it is today.

In October 2011, Anne sadly died in Gold Coast Hospital, Queensland aged 97. Her Great Nephew Ron Sorbie commented "Annie never married and is survived by her many niece's and nephews. In a phone conversation to me early last year Annie stated that life becomes very lonely when you out live all your immediate family and friends. God's speed back to them Auntie Annie". 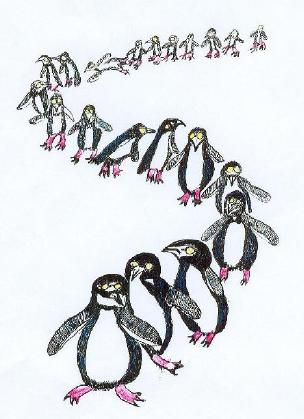 An illustration by Anne published in a Children's Book. 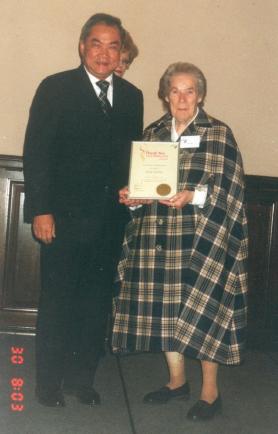 Anne accepting an award from the Lord Mayor of Melbourne Mr John So in August 2003. Anne is dressed in her Stewart Tartan and was recognized for her service to Australia in the field of charity work for Children's hospitals.

"THE GOULBURN VALLEY I LOVE"

In cheerful mood and light of heart

Solace and paradise I did find

In the picturesque Goulburn Valley

Heart and life of  this valley

Home of fine wines and jellies.

Historical Whroo and its cemetery

Nearby the Balaclava open-cut mine

And tea  trees in bushland.

Myriad variety of wattles and gums

Birds of joyful song the warblers.

Still in use by local bands.

Each valley township has its own