My Personal Quest on my Surname

When a young boy I listened intently to my Father telling me about the Sorbies from Stonehouse, the different families, nicknames etc, the information staying with me for years, and later after I was an old married man with a family I decided to visit the village of Sorbie in Wigtownshire. In the old Cemetery I found no Sorbies but a headstone which indicated a farm called Stonehouse, not far from the Graveyard was Sorbie Tower, which was in a poor state. Later I spoke to the local village historian who had never met or heard of a Sorbie surname.

The local village newspaper where I lived published a half page on my modest search, later I had a visit from Elma Sorbie and her daughter doing research into Sorbies, Elma wrote to me with my Family partial tree listed on an old headstone in St Ninian's Kirkyard, Stonehouse.

This was as far as I got with my interest until I retired and managed to master a computer but was a dummy when it came to E-Mailing, however with the help of my Son-in-Law I improved, this got me thinking again about the Sorbie “Clan”.

I was given an E-Mail address of Joe Pinz, who was looking for a Sorbie relative; a Champion Runner of the Three Kingdoms. This turned out to be Mitchell Sorbie, the only information I could give Joe was an old photograph of the Street Mitchell lived in. Joe passed to me the E-Mail addresses of two people who were looking for Sorbie information, namely Andy Potts and Hugh Robinson, Hugh later contacted me and asked if they could pay a visit, which I agreed too, however I was a wee bit apprehensive as I had heard of people selling family trees, which were a lot of nonsense. 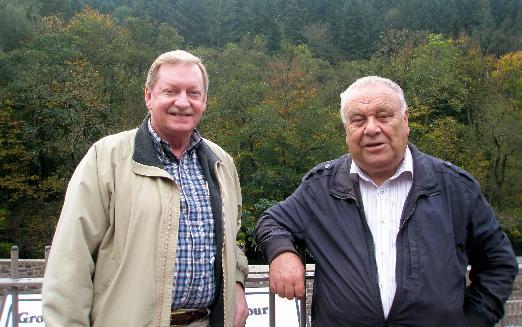 My worries were unfounded in that Andy and Hugh turned out to be gentlemen and were on a Sorbie Quest. Hugh advised me that they had a Family Tree that stretched the length of the living room in my House. During Hugh and Andy’s visit I suggested that I write to the local newspaper and ask for anyone with Sorbie connections to contact me, the first to do so was a Mrs Brown in Blantyre, who gave me information on a Gathering of Sorbies in Kenosha, Wisconsin, USA.

This information rung a little bell in my mind about a workman, Jimmy Love who was in my house mentioning that he was at a Sorbie Clan Gathering in the States, which I dismissed - but there on the list was Mr & Mrs Love.

By this time Andy had collected a few people on-line who were Sorbie cousins, I had also been sending down to Andy photographs etc and Andy advised that he thought he should launch a Sorbie Website, and from there it took off. Andy, Muriel Sorbie myself and George Baker all became an unofficial committee, it was decided through e-mail that we arrange a Gathering which was held in St Ninian's Church, Stonehouse.

This was a great success with cousins travelling from as far as Canada and the United States. By this time the Family Tree was able to stretch around the walls of the hall, the day was enjoyable with chat, updates, entertainment and eats.

For 30 odd years I worked with a colleague who had mentioned that his Mother-in-Law was a Sorbie. On visiting his home and going through old photographs mention was made of a Minnie Woodburn. This name was familiar as she was often in our home when I lived in Stonehouse. I later discovered her mother was my Grandmother’s sister not only was I related through my Sorbie side but also through my Grandmother.